Away from the sniper fire and daily violence on the streets of cities across Syria, another battle is simmering between supporters and opponents of the government of President Bashar al-Assad.

This fight is taking place not on the streets, but in the homes of online activists determined to silence the opposing side.

In the latest attack, members of the activist groups Anonymous and RevoluSec claimed responsibility on Monday for hacking into the official websites of several Syrian government departments, including the ministries of transport and culture.

They left their marks on each site, posting caricatures of Assad along with tips on how to avoid detection by Syria’s online intelligence – known as the Syrian electronic army. They say the online operation is in reaction to attacks on activist sites by the electronic army, a pro-government hacking group.

But Anonymous and RevoluSec say their ultimate goal is to express their “full support for the people of Syria as they fight for freedom from oppression”.

Al Jazeera spoke to one member of RevoluSec via a secure online chatroom on Monday about the motives behind the operation and what the group hopes to achieve.

Q. We have seen the hacked ministry of transport site and and the antiquities and museum site. How many other sites are involved?

Well, about 24 hours ago, we hacked and defaced the official sites of seven major Syrian cities. The defaces stayed up for over 16 hours, which is quite a lengthy time for the administrators not to do anything about them.

Here are mirrors of the defaces from those city sites: https://telecomix.ceops.eu/material/deface-20110925/

Q. What’s RevoluSec’s connection with Anonymous? Are you members of Anonymous, or are you completely separate?

We are a group working together, some of us are Anons, some not – it is mixed. But the general goals and ideas sprung out of the earlier embodiment of Operation Syria that had been floating around Anonymous for a while. We took it and evolved it into its current incarnation.

We have common goals here in our actions. Create a healthy dialogue and educate the public about the situation. Expose the rampant censorship and human rights abuses. Essentially, we want to do everything in our power to help our brothers and sisters in Syria as they struggle for the basic human rights.

You have throngs of people out in the streets of these various cities and they’re all chanting ‘Death and not humiliation’. Even children are chanting it. What does that tell you about the state of affairs in Syria? We want to help them where we can.

Q. How will hacking the websites help? Or at least – how do you want it to help?

It works a few different ways. First, it raises awareness in places where, perhaps, public awareness has not been raised regarding the extent of the atrocities committed by the regime. Particularly in the city websites, we wanted to send a very strong message about the numbers of Syrians killed thus far in the uprising and really present it in a visual way to casual observers who may not be familiar with the intricacies of the events in Syria.

Really sending that visual message that we essentially plastered in the faces of government officials is intriguing – they cannot look away from those numbers of dead people, and people looking at these statistics for the first time will really get a grasp of just what the casualty numbers are there.

Second, the messages are also a strong show of our support and solidarity with the Syrian people. The Syrian demonstrators and the defecting soldiers are actively challenging the accepted scope of the government’s authority – despite the knowledge that each day that they take to the streets to protest, record an act of violence, write a critique of the regime, etc, they face the very real threat of being arrested, disappeared, detained, tortured or possibly murdered.

Q. Are you or anyone working with the group currently in Syria?

While our group is global, we are certainly working with Syrians in Syria, to figure out the most effective messages to send to the people there.

Every message we write is done with the Syrian people in mind – first and foremost. We are trying to show not only support and solidarity worldwide, but also we are trying to figure out how we can help them.

For example, each of our city defaces links to a technical support form at the bottom, wherein we outline ways to help avoid the extensive censorship in Syria.

Q. After this – what is next? Are there plans for more site attacks, or will the operation expand to something else?

We certainly have more fun planned for Syria in the very near future.

One of Anonymous’ mottos is “Expect Us” – frankly, we are saddened that Syria did not “expect us” and that it has been so easy to continuously hack and deface such important government sites as the Ministry of Culture.

Other than defaces, we have a few other, perhaps more interesting, things in development at the moment as well, but who knows if Assad’s regime will fall before we get to have that fun.

Q. Why has the Syrian government seemingly made it so easy to access these sites?

To be honest, people have been trying to hack these for years. But we were extremely thorough in searching for vulnerabilities, and when it came down to it, there were a ton.

We also have a team full of extremely knowledgeable people who are very, very good at what they do, while the system administrators in Syria, it seems, are not. Their internet security was lax, and as a result, anyone looking hard enough for vulnerabilities was able to find what they wanted.

Also, the fact that it took 16 hours for the administrators to notice that every major city in Syria had been hacked and defaced, shows a lack of oversight on their part.

The transcript of Al Jazeera’s discussion with RevoluSec has been edited slightly for clarity. Al Jazeera is not responsible for the content of external websites. 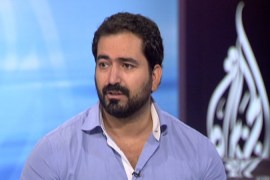 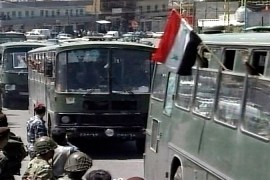 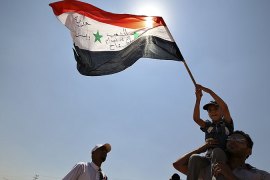 Syrian National Council of about 140 people to present united front against government following talks in Istanbul.