Jerusalem — The “Palmer Report”, the United Nations inquiry into Israel’s deadly 2010 raid on a Gaza-bound flotilla, never purports to offer an authoritative account of what actually happened on board those ships.

The panel, after all, could not compel co-operation from Israel, or from Turkey, the country from which three of the ships departed and the home country of most flotilla participants.

Panelists reviewed reports from both governments, which included hundreds of eyewitness accounts, but they did not personally interview any of those witnesses. Nor did they “make definite findings” on whether those eyewitness statements were in fact true.

“The panel will not add value for the United Nations by attempting to determine contested facts or by arguing endlessly about the applicable law,” the report notes. “Too much legal analysis threatens to produce political paralysis.”

The “political paralysis” in question is between Israel and Turkey, whose diplomatic relations are in tatters – though it should be noted that they began to deteriorate more than a year earlier, after Israel’s 2009 war in Gaza.

But a reading of the report suggests it was bound to fall far short of that goal. It blames no one for the death of nine activists on board the Mavi Marmara, the largest ship in the flotilla; if anything, its conclusions seem to cement the differences between Turkey and Israel.

The 105-page report deals primarily with two questions: First, whether Israel’s naval blockade of Gaza is legal under international law; and second, whether Israeli commandos acted responsibly when they boarded the flotilla in international waters on the morning of May 31. 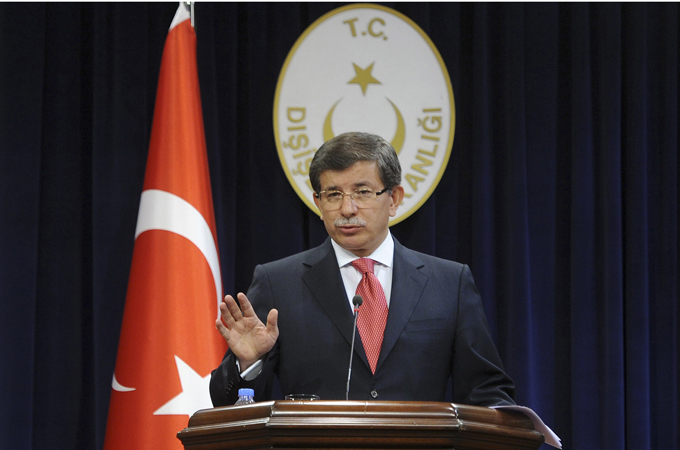 Turkey has argued that the blockade is an illegal act of collective punishment against civilians in Gaza; Israel describes it as self-defence, a necessary act to prevent Hamas from importing weapons.

The panel sided with Israel, calling the blockade “a legitimate exercise of the right of self-defence.” “[We are] not persauded that the naval blockade was a disproportionate measure.”

The panel went on to argue that, because Gaza does not have port facilities, few large shipments of humanitarian supplies would arrive in the territory.

But the panel’s finding contradicts an earlier conclusion from the United Nations Human Rights Council, which concluded in September that the blockade “was inflicting disproportionate damage upon the civilian population in [Gaza],” rendering it illegal under international law.

The council also expressed its belief that “one of the principal motives behind the imposition of the blockade was a desire to punish the people of the Gaza Strip for having elected Hamas,” which could make it an act of collective punishment, also prohibited under international law. The Palmer Report rejected that conclusion, even though it noted – by Israel’s own admission – that the Israeli restrictions on Gaza’s land borders were intended “to weaken the economy.”

On the second question, the use of force by Israeli commandos, the report is more critical of Israel, though it does declare their actions to be “self-defence.”

The Israeli navy’s last warning to the flotilla was issued at least two-and-a-half hours before the ships were boarded. The navy should have issued a final warning, the report argues, one that stated it would “take all necessary measures” to stop the flotilla.

“It seems that the decision to commence the takeover operation by surprise just before dawn was motivated by the desire to avoid publicity as much as by operational considerations,” the report notes.

Once on board the Mavi Marmara, Israeli soldiers used “excessive and unreasonable force,” which left nine people dead and dozens wounded, some seriously. The report also concludes that passengers were abused after the raid, both on board the ships and within Israel.

No reconciliation, no answers

As a political document, these conclusions offer little to spur reconciliation between Israel and Turkey.

Turkey has already slammed the report for its conclusion that the Gaza blockade is legal. Israeli commentators are pleased that aspect of the report, and its “self-defence” argument, but the Israeli army is unhappy with the section on “excessive force”; the government, for its part, seems unlikely to apologise for military tactics, particularly when the report deems the use of force justified.

Meanwhile, the report’s refusal to “determine contested facts” give it little utility as a legal document. It glosses over some of the most troubling details of the attack on the Mavi Marmara. Medical examinations revealed that five of the nine people killed were shot in the back, for example; the report notes that Israel “has not adequately accounted for” this detail, but goes no further.

Wounds on several of the deceased passengers also indicate they were shot from above, according to the report, suggesting they were fired upon from the helicopters orbiting the ship. Bullet marks on the ship’s funnel are also consistent with firing from above. Again, though, the report does not explore the implications of this detail.

And the analysis of the raid overlooks one critically important question.

The flotilla was attacked in international waters; the panel itself notes that it would take “several hours steaming before the blockade area would be reached.”

The section on the Mavi Marmara raid shifts some blame to the flotilla passengers, accusing them of “significant, organised and violent resistance” during the Israeli boarding. The report cites witnesses from the Turkish government investigation; they described cutting iron bars from guard rails and donning bulletproof vests in the hours before the raid.

The report also cites the unproven Israeli claim that 40 passengers on board the Mavi Marmara were “hardcore activists” who were not screened by Turkish port authorities and planned to provoke violence.

But was this “resistance” a premeditated provocation, or were passengers responding to uncertainty about what the Israeli navy would do? The report notes a climate of “ever-growing anxiety and fear” on the night of the attack, emotions that deepened once the navy cut off communication with the flotilla.

That is the central omission. The report concludes that the blockade is legal, and that Israel’s tactics in raiding the flotilla were too heavy-handed. But was the raid itself – conducted unannounced, in international waters – a legal action? On that question, the Palmer Report is silent.