Yemeni security forces have killed at least 28 people and wounded more than 100 on a second day of violence across the country.

Gunmen loyal to President Ali Abdullah Saleh were continuing to fire upon anti-government demonstrators in Sanaa, with hospital sources saying the total death toll since Monday was now more than 50.

Government troops and snipers in nearby buildings opened fire on Monday at peaceful demonstrators and passers-by in the capital’s Change Square, where they have camped since February demanding regime change, witnesses said.

Protesters were sprayed by water cannons and tear gas, and also baton charged, before the security forces opened fire with machine guns, they said.

Additional deaths were reported in the southwestern city of Taiz, where two people were killed and 10 were injured by gunfire from Saleh loyalists, Al Jazeera journalists stationed in Yemen said.

Despite the casualties, mass demonstrations continued on Monday in towns near Taiz – in Ibb, Dhamar and Shabwa – and in the northwestern province of Saada.

Abdu al-Janadi, Yemen’s deputy information minister, rejected accusations that the government had planned attacks on the protesters, and accused what he described as “unknown assailants” of carrying out the acts.

“This attack was prepared so as to kill as many people as they could … This is a plot against all the Yemeni people,” al-Janadi told a British broadcaster.

The violence ended a weeks-long stand-off between the two sides, becoming Yemen’s worst incident of bloodshed since a similar massacre killed 52 people in mid-March.

The US, the European Union and other member states of the United Nations Human Rights Council condemned the violent unrest in Yemen during a meeting in Geneva on Monday.

The US was concerned at “increasingly disturbing reports about violence” and urged the Yemeni government to rein in the security forces, Eileen Chamberlain Donahoe, US envoy to the council, said.

“The United States believes that now is the time for an immediate, peaceful and orderly transition,” Donahoe said, adding that those responsible for abuses against civilians needed to be brought to justice as part of the reform process in the Arab nation.

Abubakr al-Qirbi, the Yemeni foreign minister, rejected claims of excessive force by the police and pro-government armed groups, by pledging his government’s commitment to political reforms and accusing some opposition groups of terrorist activity.

“We have presented evidence proving that many accusation made against security organisations are baseless,” al-Qirbi told the meeting.

He expressed “sorrow and condemnation” for Sunday’s violence and bloodshed in Sanaa, but rejected calls for an independent international investigation into the crackdown, saying they were “inconsistent with the recommendations calling for dialogue between Yemeni political parties to solve the crisis”. 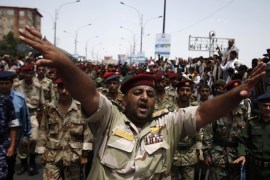 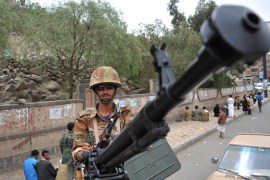 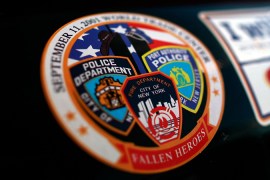