Palestinians have shown their support for the PLO’s UN membership bid at a rally at the Qalandiya checkpoint between Ramallah and Jerusalem.

As further demonstrations are expected in the build-up to the UN meeting, this was a test of how Israeli troops would handle increased unrest in the occupied West Bank. 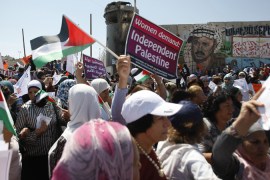 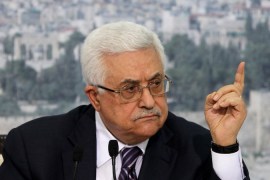 PLO chairman says he will hand in request to Security Council for full recognition of Palestine at the United Nations. 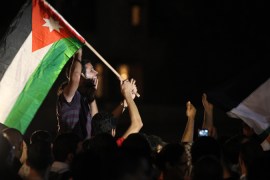 Jordanians protest against ties with Israel

Hundreds protest Jordan’s peace treaty with Israel and call on their government to shut down the Israeli embassy. 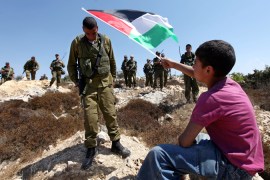 Whether the UN grants the PA status as a state or refuses to do so, either outcome will be in Israel’s interest.