Robert Zoellick, the head of the World Bank, has said that the world is entering a new economic danger zone, and that Europe, Japan, the US and other countries should take responsibility for the current debt crisis.

The European Union, meanwhile, has sent out a stern warning against a Greek default, saying that their default or exit from the Eurozone would affect all EU member states as well.

Nicholas Sarkozy, the French president, and Angela Merkel, the German chancellor, held a teleconference with Georgios Papandreou, the Greek prime minister, to discuss the crisis on Wednesday. They stressed that Greece is an integral part of the Eurozone and its recent measures would see it meet its targets. 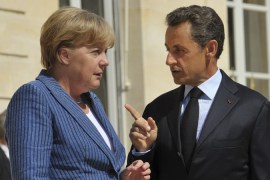 French and German leaders call on Greece to introduce fiscal reforms set out in bailout plan. 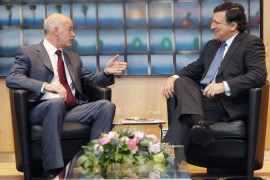 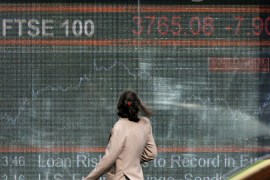 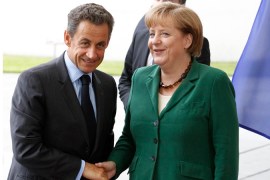 Eurozone leaders begin crucial talks to help Greece overcome the debt crisis which could affect the rest of Europe.