The Palestine Liberation Organisation (PLO) will go to the United Nations Security Council and seek full membership in the world body next week, despite the looming threat of a US veto, a Palestinian official said.

The announcement was made by Mohammed Shtayyeh, a senior member of Fatah’s central committee, at a news conference in Ramallah on Tuesday. Fatah is the largest Palestinian faction in the PLO.

His announcement would seem to end months of speculation about the PLO’s diplomatic strategy.

Mahmoud Abbas, the Palestinian Authority (PA) president, will deliver a speech in Ramallah on Friday night outlining the bid.

Full recognition would allow Palestine to vote at the UN, and to join the International Criminal Court and other world bodies.

The PLO will have little trouble securing the required two-thirds majority at the General Assembly; more than 120 nations have already promised to support the bid, according to Saeb Erekat, the chief Palestinian negotiator.

But the White House and various other US officials have already pledged to veto the Palestinian bid, and it cannot proceed without Security Council approval.

In that case, the PLO could still pursue “non-member observer status,” which would give it diplomatic standing on a par with the Vatican. But it is unclear what, if anything, would change after that upgrade. Still, some Palestinian officials have urged the PLO to avoid the US veto and go directly to the General Assembly.

Shtayyeh acknowledged that, even if the United Nations approves the bid, it will not immediately change daily life for Palestinians.

“Things on the ground are not going to be different,” he said. “The diffefrence will happen on the political level. Palestinians will join UN institutions… and the Palestinian territories will no longer be considered ‘disputed lands’ but occupied lands.”

Shtayyeh said the PLO was undecided on how it would respond to a US veto: It could petition the General Assembly for upgraded status, or go back to the Security Council, forcing another veto.

The announcement also signals that the PLO does plan to go through with the bid, despite a last-minute diplomatic push by the US and other nations aimed at derailing it.

Shtayyeh said Abbas would submit the official paperwork after arriving in New York next week, and that the submission would deal with refugees, borders, the status of illegal Israeli settlements in the West Bank, and other issues.

Salah Bardawil, a senior Hamas official in Gaza, criticised the UN bid, saying that Abbas has not consulted Hamas about it.

“It’s a unilateral action by Abbas, just like Oslo was unilateral,” he said, referring to the 1993 Oslo Accords. “Whether they go to the Security Council or the General Assembly, it makes no difference to us.”

No response from Israel, EU

The Israeli government did not directly comment on the PLO’s announcement, but Mark Regev, a spokesman for the Israeli prime minister, reiterated the government’s opposition to the bid.

“You can get a piece of paper through the United Nations, but you cannot get an independent state,” he told Al Jazeera.

The US state department issued a brief statement on Tuesday, calling the UN bid “unhelpful to the necessary process of the two sides getting back to the negotiating table,” an argument it has made many times before.

Two US envoys, David Hale and Dennis Ross, will return to the region this week in a last effort to convince the PLO to abandon its bid. The US embassy in Tel Aviv would not comment on their visit. Hale and Ross visited Jerusalem and Ramallah last week on a similar mission.

Palestinian officials expect a majority of the 27-nation European Union to support their bid. But EU foreign policy chief Catherine Ashton, who attended an Arab League meeting in Cairo on Monday night, said that the EU’s official position was to support renewed negotiations instead of a UN vote.

The PA is planning a series of marches and rallies, in the West Bank and internationally, to coincide with the vote. Abbas is expected to address the General Assembly on September 23.

The bid has been sharply criticised by many Palestinians, particularly in Gaza and in the diaspora, who view it as a purely Fatah-led initiative. Legal scholars say a “yes” vote would also call into question the legitimacy of the PA itself.

Abbas has described the bid as a “last resort” brought on by the collapse of negotiations between Israel and the PLO.

Talks have been stalled for nearly a year over Israel’s refusal to halt the construction of illegal settlements in the occupied West Bank.

PA officials say the impasse leaves them with no choice but to turn to the UN; Abbas has offered to suspend the bid and resume talks if Israel halts settlement growth and agrees to use 1967 borders as a basis for negotiations.

Binyamin Netanyahu, the Israeli prime minister, insists that he will only resume talks without those preconditions. 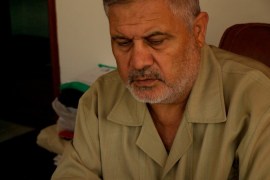 Silence a sharp contrast to the frenzied political activity elsewhere in the region and beyond. 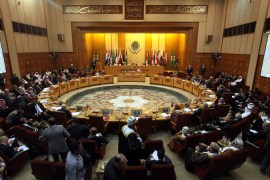 Arab countries to push for a fully fledged Palestinian state at the United Nations next week, Qatari PM says. 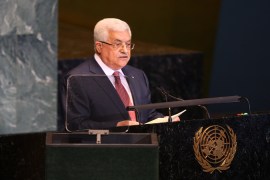 Shooting ourselves in the foot at the UN

Voting “yes” for a Palestinian state is not only a moral decision for the US, but is also in the interest of security.