At least 15 people have been killed in the past 24 hours in the continued crackdown on protesters by Syrian President Bashar al-Assad, as the European Union and United Nations planned more sanctions against his regime.

EU governments are likely to adopt an embargo against imports of Syrian oil by the end of next week, an EU diplomat said on Wednesday.

Valerie Pecresse, a French government spokeswoman, said: |France pressed for tougher sanctions on Syria and more pressure from the United Nations to bring about a democratic transition there.”

A European and US draft resolution on Tuesday called for UN sanctions against the Syrian president, 22 Syrian officials and the country’s General Intelligence Directorate, reported Reuters news agency.

The EU’s 27 governments agreed last Friday to explore new sanctions against Assad in response to his five-month crackdown on pro-democracy demonstrators, in which the UN said 2,200 civilians have been killed.

The UN’s human rights council launched an investigation on Tuesday into the violence, including possible crimes against humanity, despite objections from Russia, China and Cuba.

The EU has already placed sanctions on dozens of Syrian officials and state entities, but has taken
incremental steps in broadening its measures. Some states are concerned about putting commercial interests in Syria at risk.

On Tuesday, the UN’s Human Rights council demanded an end to the crackdown on protesters.

Syria’s opposition groups met in Turkey in a bid to end disunity and form a national council. They formed a committee to solve sectarian and ideological tensions.

Meanwhile, the Britain-based Syrian Observatory for Human Rights said a woman died from torture in Western Syria and more than 150 people have been arrested over the last two days in a Damascus suburb.

Overnight, snipers killed a protester in the town of Nessieb. In Hama, five people – including three women – were killed in the Al Ghab plain, an agricultural area.

Catherine Ashton, the EU foreign policy chief, said in a statement: “Urgent and proper action is paramount to investigate these violations, identify those responsible and ensure that perpetrators of violations are held accountable.” 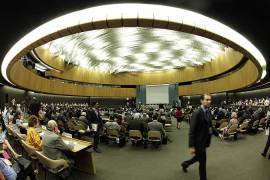 Rights council launches inquiry into crackdown amid Western efforts to slap sanctions against al-Assad and 22 others. 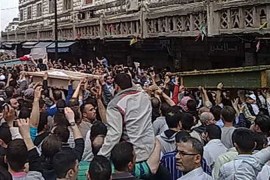