The Cuban National Assembly has approved Communist Party proposals to overhaul the country’s state-dominated economy and lift some restrictions on citizens’ personal lives, according to state-run media.

The plan, which includes more than 300 points, was first approved at a Communist Party congress in April and would end the socialist society built under Fidel Castro’s leadership.

Raul Castro , the Cuban president, and other senior party and government officials presided over Monday’s session to which foreign journalists were not invited.

He first replaced his ailing brother Fidel five years ago, becoming president in 2008.

The National Assembly, Cuba’s single-chamber parliament, meets two times a year for only a few days and most members hold positions in, or are members of, the Communist Party – the only legal political organisation in the country.

“Socialism means equal rights and opportunity for all, but not egalitarianism,” Jose Luis Toledo, president of the parliament’s constitutional and legal affairs committee, was quoted as saying when he introduced the motion on Monday.

The changes, to be implemented over five years, eliminate more than a million government jobs and reduce the state’s role in sectors such as agriculture, retail services, transportation and construction in favour of private small businesses, co-operatives and leasing.

Larger state companies are freed to make more of their own decisions and take into account market forces, while regulations that prohibit normal personal affairs such as buying and selling cars and homes would be loosened.

At the same time, state subsidies for everything from food to utilities will be gradually eliminated and state wages, that average the equivalent of $18 per month, increased.

The state has monopolised more than 90 per cent of all economic activity and employed a similar percentage of the labour force since the earliest days of Fidel Castro’s 1959 revolution.

In another development on Monday, Raul Castro announced that Cuba will revise its travel and immigration rules as part of a broader reform of its economic and social policies.

“Today the overwhelming majority of Cuban immigrants leave for economic reasons and almost all of them maintain their love for family and the country where they were born,” Castro said.

He said rules still in place dated back to the earlier years of the revolution when immigration was largely political and manipulated by the US.

It was not immediately clear what the changes in travel and immigration policy would entail.

But Cuban regulations, which make it difficult and expensive to travel or move abroad, have long been criticised by local residents and human-rights groups.

Local authorities had not waited for National Assembly approval to begin cutting jobs and subsidies and building what they call the “non-state” sector.

About 325,000 people now run small businesses or work for them, compared with 150,000 before regulations were loosened late last year.

The number of small farmers has also increased by 150,000 since the state began leasing small plots of fallow state lands three years ago hoping to reverse an agricultural crisis that has the country importing 60 percent to 70 per cent of its food.

Raul Castro has pushed for a new economic and social model based on individual effort and reward with targeted welfare, to replace one based on collective labour and consumption.

Cuba, which faces a stiff US trade embargo, has yet to fully emerge from a two-decades-old economic crisis started by the demise of former benefactor, the Soviet Union. 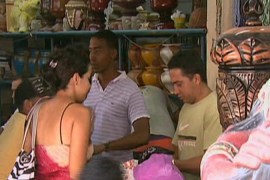 Entrepreneurs cash in on Cuba freedoms 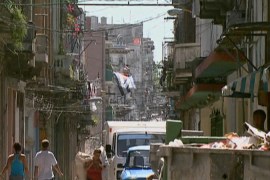 Cubans will be allowed to buy and sell property for the first time in more than 50 years. 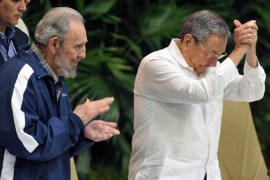 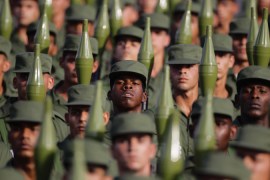