Turkish Prime Minister Recep Tayyip Erdogan has been visiting refugee camps and hospitals in Somalia to witness the devastation caused by a severe drought that has left about 12 million people in the Horn of Africa facing starvation.

Erdogan, who was accompanied on the trip by his family and four ministers, promised help to build a major hospital, six field hospitals and a road from the airport to Mogadishu, the capital.

His visit was the first by a non-African leader to the conflict-torn Somali capital in nearly two decades.

Somalia is the worst affected East African country in the region, hit hard by the prolonged drought that has sparked famine in five areas in the south of the war-ravaged nation.

Friday’s visit follows Wednesday’s meeting in Istanbul by members of the Organisation of Islamic Co-operation (OIC), who pledged to donate $350m to assist the drought- and famine-stricken Somalis.

Ahead of the visit, security was tightened in Mogadishu, a city which has been battered by al-Qaeda-affiliated al-Shabab rebels fighting to overthrow the Western-backed Somali government, a rebellion that has driven the chaotic country deeper into anarchy.

Al Jazeera’s Nazanine Moshiri, reporting from the Somali capital, said Erdogan has called the disaster a “litmus test” for all humanity.

“Erdogan would say he is here to help a fellow Muslim country,” he said.

“He spoke of how the West hasn’t helped Somalia and it’s up to Muslim countries to contribute.

“Erdogan is here amid heavy security, although the Islamist Somali group al-Shabab has pulled out of the capital, things are extremely tense here and it is not common for a high-profile leader like the Turkish prime minister to come here.”

Al-Shabab earlier this month withdrew from Mogadishu in what they said was a tactical move, but vowed to continue fighting.

The rebel fighters, hostile to any Western intervention, have blocked humanitarian deliveries in the past, saying aid creates dependency.

The UN’s World Food Programme said on Friday it was still unable to reach 2.2 million hungry people living in areas of southern Somalia controlled by al-Shabaab, whose bloody campaign to topple the government has cost more than 20,000 lives.

“Prime Minister Erdogan’s visit tells us the Turkish people are closer to us than any other Muslim nation on earth,” said local resident Abdirashid Ali Omar.

“The Turkish people are here to share with us in our time of need. It is momentous.”

Turkey, a rising political and economic power that straddles East and West, is far behind other emerging powers such as China, Brazil or India in the race for new markets in Africa.

However, under Erdogan’s ruling AK Party government, Turkey has expanded commercial ties in Africa, as well as in the Middle East and Asia, and opened several new embassies in Africa.

On Thursday, hundreds of Somali refugees streamed into a controversial camp in Kenya that has been lying empty for several months.

The government had halted work on preparing the Ifo II site in Dadaab because many local people resented the permanent buildings being handed over to Somalis.

The Dadaab area of northeastern Kenya is now home to 400,000 Somali refugees.

The UN’s food monitoring unit has described Somalia as facing the most severe humanitarian crisis in the world and Africa’s worst food security crisis since the country’s 1991 to 1992 famine.

Aid agencies say that while droughts are a natural phenomenon, this famine is largely down to conflict and bad governance.

“Droughts will happen. They always will, but they don’t have to be disasters. They can be managed,” said Philippa Crosland-Taylor, head of Oxfam, the British aid agency, in neighbouring Kenya. 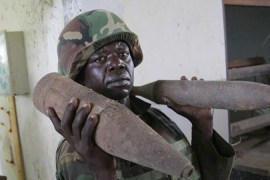 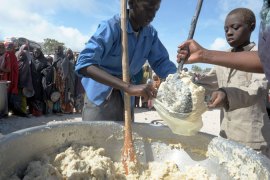 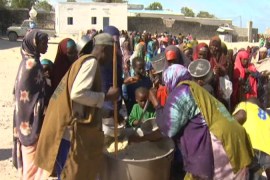 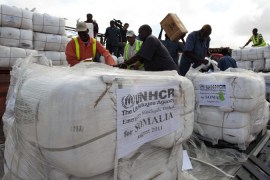