The Middle East Quartet, consisting of the US, Russia, the EU and the UN, has expressed concern over Israel’s move to build 277 houses in the occupied West Bank and 900 houses in occupied East Jerusalem.

“The Quartet is greatly concerned by Israel’s recent announcements to advance planning for new housing units in Ariel and east Jerusalem,” the the mediating group said in a statement on Tuesday.

“This comes at a critical juncture with Quartet efforts ongoing to resume negotiations which are the only way to a just and durable solution to the  conflict,” the statement said.

The statement came amid intense efforts by Tony Blair, the Quartet’s special envoy, to get Palestinians and Israelis back into direct talks.

Israel approved on Monday the building of almost 300 new homes in Ariel, a settlement inside the occupied West Bank, taking the total to more than 2,700 new settler homes approved in the past two weeks.

The planned expansion has brought a furious response from the Palestinian Authority, which has shunned direct talks since Israel ended a moratorium on settlement building in September last year.

The US said it found the reports of new Israeli settlement plans “deeply troubling” and counterproductive to the US effort to restart Israeli-Palestinian peace negotiations.

Israel has rejected international criticism insisting that the settlements are not an obstacle to direct talks.

Palestinians and Israelis are building up to a new diplomatic confrontation as  Mahmoud Abbas, the Palestinian Authority president, prepares to seek full United Nations membership at the UN General Assembly in September.

Israel says this is a threat to the peace process and the US is expected to veto any application to the UN Security Council.

The Quartet itself has been divided in recent months over how to end the conflict that it has been trying for years to settle.

The European powers want the Quartet to take a stronger role in efforts to get the Palestinians and Israelis back to the negotiating table, even if this means setting out the parameters for talks.

The US has pushed back such a move, diplomats said.

Blair, the former British prime minister, who has been the Quartet’s special envoy since 2007, is working on a Quartet communique which he hopes could end divisions between the international powers and help get talks started again before the UN assembly.

“Those efforts are still going on. Tony Blair is in the centre of efforts trying to find the relevant wording to move forward,” said a senior diplomat at the United Nations.

“Mr Blair is making progress. If you are talking about success — not yet,” the envoy told reporters, speaking on condition of anonymity. 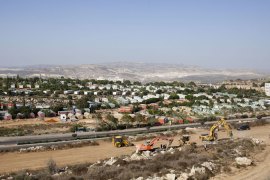 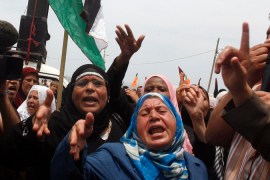 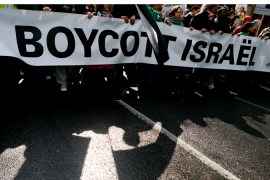 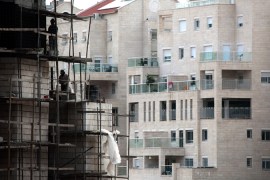