British legislators have released a letter alleging that widespread use of illegal phone hacking was approved by senior journalists at the tabloid News of the World.

The letter released on Tuesday was written in 2007 by Clive Goodman, a former reporter at the newspaper, after he was convicted of illegal bugging.

Goodman wrote that he had been acting with the backing of senior journalists, that other staff at the News of the World were also hacking phones, and that “this practice was widely discussed in the daily editorial conference, until explicit reference to it was banned by the editor”.

The release of the letter is the latest twist in a scandal in which police are investigating claims the News of the World illegally accessed mobile phone messages and bribed police to get information on celebrities, politicians and crime victims.

Goodman sent the letter to the human resource director at the paper’s parent company in an appeal against his dismissal from the paper after being imprisoned.

He alleged that former editor Andy Coulson had offered to let him keep his job if he agreed not to implicate in court the newspaper in phone hacking.

Goodman’s letter directly contradicts claims by both the News of the World and parent company News International that have long insisted that Goodman – who was fired, convicted and jailed for his role in the scandal – was the only reporter involved in intercepting voicemail messages.

The names of those involved have been obscured in the letter. Britain’s Guardian newspaper, which first published the correspondence, said this was done by police, who are investigating alleged wrongdoing at the newspaper.

The letter is among a batch of documents published by the House of Commons’ culture, media and sport committee.

Ahead of the publication, committee members said they were likely to recall James Murdoch, the chairman of News International, to answer more questions about phone hacking at the News of the World.

Murdoch, who runs the European division of his father Rupert’s media empire, testified last month that he was unaware of evidence of widespread phone hacking at the newspaper.

“There seems to be a question as to whether James Murdoch himself misled the committee,” committee
head John Whittingdale said.

Whittingdale said there are no plans to recall Rupert Murdoch, who gave evidence to the committee alongside his son on July 19.

News International said on Tuesday that it is “co-operating fully” with the police investigation.

“We recognise the seriousness of materials disclosed to the police and parliament and are committed to working in a constructive and open way with all the relevant authorities,” it said in a statement.

Coulson resigned as editor after Goodman and private detective Glenn Mulcaire were jailed and he, like other  executives, has always denied any knowledge of phone hacking.

He went on to work for the British Prime Minister David Cameron as media chief, but was forced to resign in
January amid continuing allegations that the practice of phone hacking went beyond one rogue reporter while he was in charge. 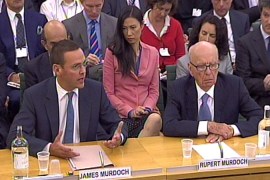 Sins of the father & son

Murdoch and Mubarak trials are proving that the apple may not fall too far from the tree. 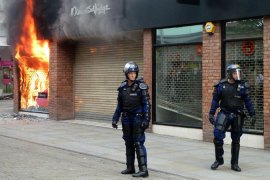 To prevent a repeat of the worst riots in decades, David Cameron says that society’s “moral collapse” must be fought. 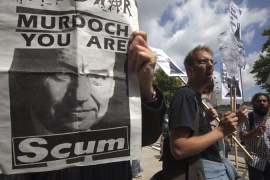 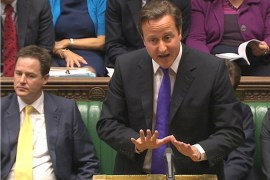 UK prime minister tells parliament that with “hindsight” Andy Coulson would not have been his communications-chief pick.