Three men have been run over and killed as they tried to protect property in a second night of violence in the central English city of Birmingham, witnesses said.

Police said a 32-year-old man was being held on suspicion of murder and that the victims were aged 20, 30 and 31.

Two of the men were pronounced dead on the spot and the third died later in hospital.

“West Midlands Police have launched a murder enquiry, arrested one man in connection with the incident and recovered a vehicle nearby which will be examined by forensics experts,” a police statement said.

Paramedics said they found about 80 people at the scene after the men were hit by the car.

Witnesses and family members said the victims were Muslim men and were part of a group protecting the area from looting after people had left a local mosque.

“People came out of prayers and they were protecting the area,” Kabir Khan Isakhel, a witness said.

“My friends were targeted, they were standing on the side of the road and the car just came and ran them over.”

Another witness said the incident happened after a car was set ablaze in a nearby street and youths gathered, prompting local people to defend a shopping area.

Speaking to the BBC, Tariq Jahan, the father of Haroon Jahan, one of the men who died, said: “I’ve got no words to describe what, why he was taken and why this has happened.

“He was a very good lad, starting at the beginning of his life. He had his whole life ahead of him. It makes no sense why people are behaving like this and taking the lives of three innocent people.”

Britain has been hit by four nights of violent rioting.

London was quieter on Tuesday night, but the unrest spread to other cities, including Nottingham and Gloucester. 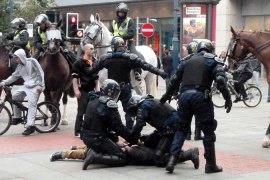 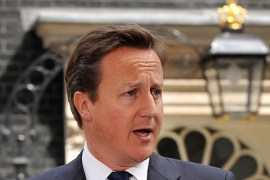 Police authorised to use baton rounds and water cannon as prime minister says those involved in disorder will face jail. 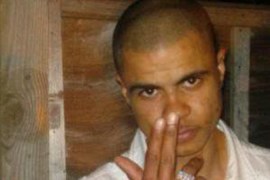 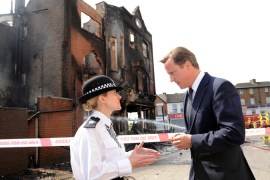 Violence reportedly spreads to city of Manchester, hours after Cameron vows to do everything necessary to tackle riots.