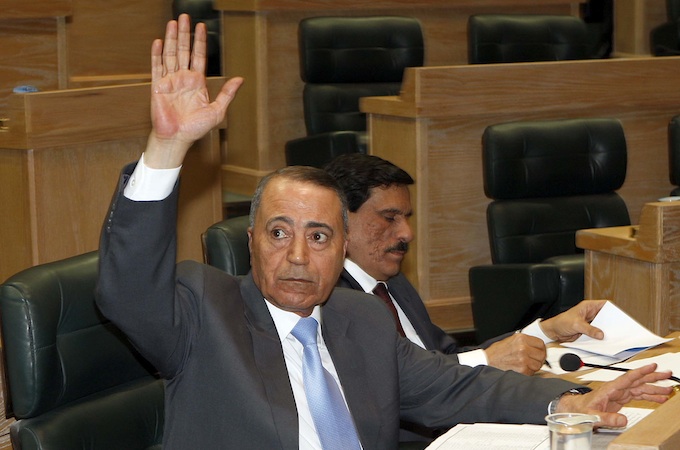 Marouf al-Bakhit, the Jordanian prime minister, has been cleared by parliament of all charges related to a controversial casino deal.

The 2007 agreement, which was signed during Bakhit’s first term as prime minister, authorised London-based Oasis Holdings Ltd to establish a casino on the Dead Sea.

The government decided to annul the deal a week later, exposing Jordan to potentially billions of dollars in breach-of-contract penalties. No money has been paid out, but Oasis is still seeking damages.

In testimony before parliament earlier this year, Bakhit claimed not to know the details of the agreement before it was signed.

“He was not informed either by the tourism minister that the agreement he was authorised to sign include[d] a license to set up two casinos, nor were the terms and conditions of the agreement explained to him before the signing,” an account of his testimony reads.

Wednesday’s vote in parliament clears Bakhit, whose first term in office ran from 2005 to 2007, and 13 other members of his cabinet.

Only one Jordanian official, former tourism minister Osama Dabbas, has been indicted in connection with the case.

The case sparked a crisis in Jordan’s parliament, where four MPs submitted their resignations to protest against the “unfair handling” of the case. Dabbas was not allowed to speak in his own defence, leading one MP to label him a “scapegoat”.

Several parliamentarians came to blows and had to be physically restrained during the debate.

Gambling is illegal under Jordanian criminal law, so the government had planned to designate gambling as a special “tourist activity” and to bar Jordanians from entering the casino.

“You have to justify this. If the government breaks the law, who will respect it?” said Oraib al-Rantawi, the head of the Al Quds Centre for Political Studies in Amman. “Even if it is a bad law, the government should respect it.”

‘Not a small issue’

“Casinogate,” as it became known, has sparked widespread public anger in Jordan, where many see it as emblematic of widespread corruption in the government.

The case has been mentioned frequently at popular protests over the last few months, where thousands have demonstrated against corruption and economic inequality.

The country’s anti-corruption committee started to investigate the case earlier this year, but eventually referred its findings to parliament, since that was the only body authorised to investigate cabinet ministers.

“This is not a small issue. It gives clear evidence that things are run incorrectly,” said Azzam al-Huneidi, a member of parliament with the Islamic Action Front and the head of the party’s anti-corruption committee.

“The anti-corruption authority needs to be independent from the government.”

King Abdullah reappointed Bakhit prime minister at the beginning of February in an attempt to curb the protests and instructed him to carry out reforms.