Israeli army troops have arrested 11 people after clashes erupted during a demonstration in Walaja, a village in the West Bank.

Those arrested included Israeli, Palestinian and international activists who were protesting against the construction of Israel’s separation barrier.

“The soldiers pursued the protesters when they began to leave, throwing sound bombs at them, according to eye witnesses,” IMEMC said.

An Israel army spokesperson said: “Some 80 Palestinian and Israeli activists hurled stones at Israeli forces who dispersed them with riot control gear. Eleven were arrested and the crowd dispersed.”

The Grassroots Jerusalem group, who supported the protest organised by the “Popular Committee” in the village, said in a press release that the demonstration was “calling for Israel to cease causing Palestinian homelessness and ongoing internal displacement as part of its settlement expansion programme”.

“They were all needlessly detained, handcuffed and blindfolded for many hours” and “then summarily released without even a court hearing being necessary”, a member of Grassroots Jerusalem told Al Jazeera.

The International Court of Justice in the Hague has deemed the separation barrier illegal.

The barrier loops around Israeli settlements and Palestinians say it is a land grab that will cut them off from the agricultural fields they use to make a living.

Israel began building the separation barrier in 2002 and it is planned to extend for about 790km. 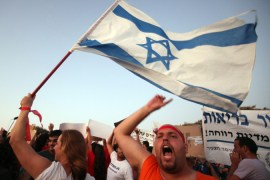 Not the Israeli summer… yet 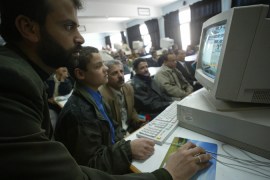 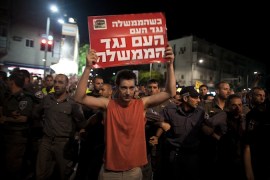 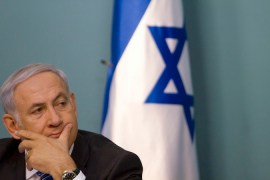 Is Israel officially giving up on democracy?

New laws aim to make democracy subservient to the orthodox religious beliefs of a minority of citizens.