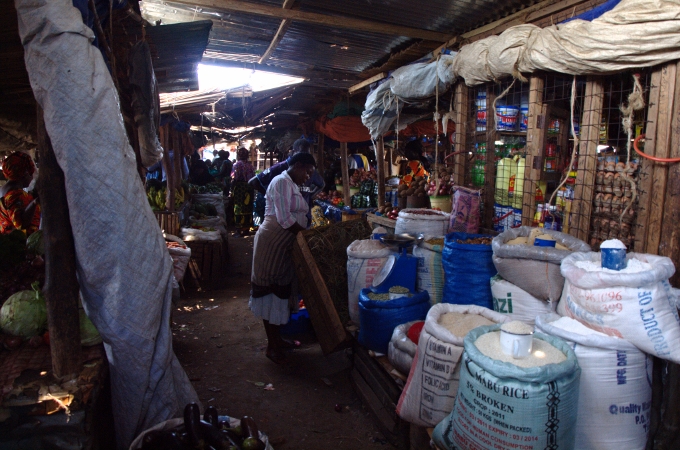 Juba, Sudan — There may be only 50 kilometres of paved road in all of Southern Sudan, a region the size of Texas, but the lack of infrastructure has done little to slow down the new nation’s auto business.

Drani Moses Juma, a Ugandan man from Kampala, runs what he calls the “car dealers association” in the Southern Sudanese capital, a group of some 200 men – most of them fellow Ugandans – who import cars into Juba.

The cars are not new but “reconditioned” – a generous euphemism, considering some of the well-worn inventory in Juma’s dusty lot. Business is good, though, with hundreds of cars sold each month to a mix of Sudanese and international customers. Taxes are reasonable – two per cent – and the government does not exactly enforce emissions standards or safety checks.

The biggest drag on his profit margins, Juma said, is that some of his customers – many of them ex-rebel fighters – do business at gunpoint. And the new southern government offers few protections for merchants.

“They come in to buy the car, and they’re in civilian clothes,” Juma said. “And then three days later when they find the smallest problem, they come back in uniform, with an AK-47. What are we supposed to do? We give them a refund.”

An economic boom in the making?

Southern Sudan will be one of the poorest states in the world. Sudan’s gross domestic product is $2,300 per capita; economists say the south’s is half that, and even lower outside of Juba, where foreign spending has helped bolster the economy for years.

Most of the new country’s economic activity will come from just two sectors: the oil industry and subsistence farming. Southern Sudan has little in the way of industry, meaning that the majority of basic goods have to be imported, mostly trucked across the border from Uganda.

But that seems poised to change, and quickly. Juba is the fastest-growing city in Africa, with a population that has boomed from barely more than 100,000 people in 2005 to more than one million today. It has a frenetic boom-town feel, with businesses sprouting up everywhere – a brick-making factory that can’t keep up with rising demand, new banks, a mobile phone company.

There is a bewildering blur of regional languages on the streets – Swahili in one shop, Amharic next door. Kenyan fuel tankers vie for space on the roads with drivers dangling Ugandan flags from their mirrors. Chinese-made cranes tower (somewhat incongruously) over Juba’s mostly one-story skyline.

The prospect of an economic boom has brought thousands of merchants to Juba, mostly from northern Sudan and from East Africa. Most say they have more opportunities in Southern Sudan than in their home countries.

But they also describe the new country as a difficult place to do business, full of uncertainty because of a weak government and tenuous security.

‘People here have nothing’

Southern Sudan’s longest border is with its neighbour to the north, but early signs suggest their economic relationship will be a difficult one. Sudan has reportedly placed new restrictions on the transport of goods to the south, resulting in a shortage of many basic products in southern markets. Analysts say this “embargo” has pushed inflation in Southern Sudan to nearly 40 per cent, and even higher for some staple goods like wheat.

So much of Juba’s economic activity, at least for the time being, is coming from its East African neighbours. 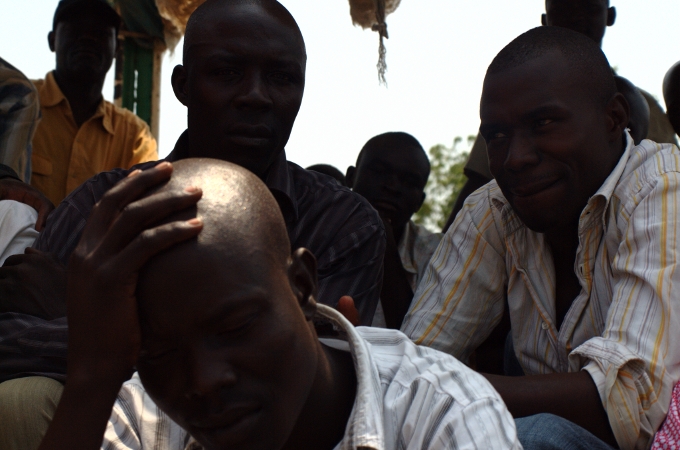 At a market on the outskirts of Juba Town, traders from Kenya and Uganda say there are simply more opportunities for growth in the south.

“It’s different. People here have nothing,” said Helen Akoth, a Ugandan woman who has operated a fruit-and-vegetable stand for three years. “The business is better when you’re selling to people who don’t have anything.”

Asiimwe Precious, who runs another stall in the market, said she usually sells 1,500 Sudanese pounds ($560) worth of produce each day – double what she could make in her native Kabale, in southern Uganda.

‘Then they want a new tax’

But if Juba has the advantages of a fast-developing boom town – a growing economy and lax regulations – it also has the drawbacks.

“If you’re Sudanese you get one rate, but if you are Ugandan, Kenyan, you get another,” she said. “And if you can’t get dollars and you have to import goods in pounds, you are getting a very bad deal.”

Complicating matters further: Juba plans to issue its own currency, the South Sudanese pound, sometime in the next few weeks. But the government has not said when, or how much the currency will be worth, or what will happen to the old pound – issues which need to be resolved in discussions with the north.

Insecurity and corruption are the other – often related – complaints from merchants in Juba. Anthony Lino Makana, Southern Sudan’s minister of roads and transport, insisted on Wednesday that local militia groups are not operating roadblocks and impeding commerce. “The only problem is the Lord’s Resistance Army,” he said, referring to the Ugandan rebel group which has carried out an increasing number of raids in Southern Sudan.

But merchants who travel through the south say Sudanese militias are part of the problem, too. One Ugandan car dealer in Juba, who asked to remain nameless, said the main highways from neighbouring countries are all littered with checkpoints which extort money from merchants.

“When you’re using the road, there are roadblocks, and each of those roadblocks has a cost,” he said. “And then you hit a new state, and they want a new tax,” referring to the borders between the ten states which compose Southern Sudan.

Commerce from the north is increasingly being disrupted not just by politics but also by violence. The Sudanese army has stepped up its attacks against southern rebel groups in border regions. And those groups often fight amongst themselves. Astrid Sehl, a political adviser to the Norwegian Relief Council, said that more than 250,000 people have been displaced within Southern Sudan by fighting between various militia groups  this year alone.

And then there are signs that investment in Southern Sudan is simply outpacing the country’s ability to absorb it. A Chinese firm recently donated 60 new tractors to the agriculture ministry. But there aren’t enough farmers who know how to use them, nor enough spare parts to replace them when they break down. So the tractors sit idle on a patch of unused farmland outside of Juba.

Despite the problems, though, few of the foreign merchants in Southern Sudan say they’ve thought about leaving. That’s true even for the thousands of northerners who work in Juba. 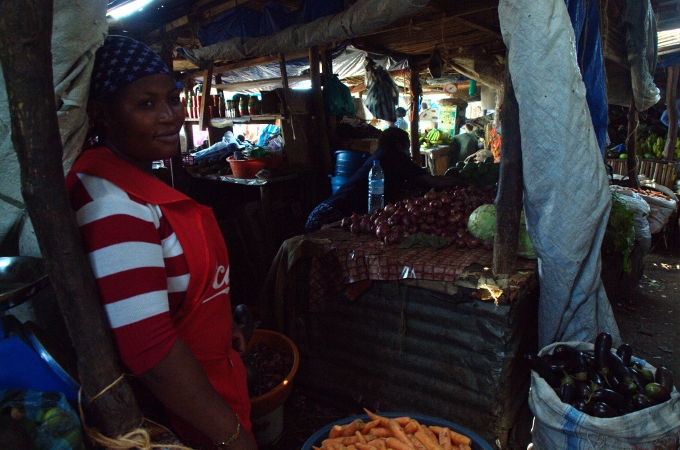 There is a demonstration planned in Khartoum on Friday, the day before the south secedes, with the stated goal of driving out the capital’s southern population. Omar al-Bashir, the Sudanese president, has already vowed that his government will no longer recognise the passports of South Sudanese living in the north.

Northerners in the south seem to have a much more certain future. Barnaba Marial Benjamin, the information minister, said on Thursday that northerners who have lived in Juba for a long time will be eligible to apply for citizenship. “We will consider their requests,” he said. Others will be eligible for residence permits.

That’s a major reason, perhaps, why Sudanese merchants in Juba are generally supportive of southern independence.

“I appreciated the result of the referendum. I’m a businessman,” said Yahya Ishaq, a merchant from Khartoum who imports clothing into Juba. “It’s freer here than in the north. The government doesn’t make as many taxes, it doesn’t cause problems with imports.”

Ishaq, who has lived in Juba for three years, said he has no plans to return to his native Khartoum. Nor do most of the other northerners living in the soon-to-be Republic of South Sudan.

“It’s economic, it’s not political,” said Mohamed Abdallah Yunus, who imports grain and other staple goods from a small warehouse on one of Juba’s dusty side streets. “The work in Khartoum is not good. There’s lots of corruption. Everyone is corrupt.”

(The south, in fairness, is no stranger to corruption: Billions of dollars in oil revenues have reportedly disappeared over the last few years.)

Yunus has worked in Juba for four years. Some northerners have been in the south far longer – most of their lives – and consider it their home.

“I grew up here, I studied here, I’ve worked here for a long time,” said Abdel Moneim Suleiman, who owns a photocopy shop on one of Juba’s dusty back streets. “I’m more a part of the south than I am of the north.”