At least 50 people have been injured in Bangladesh in clashes between protesters and police on the first day of a two-day strike called in protest at proposed changes to the country’s election system.

Police detained nearly a dozen activists belonging to the Bangladesh Nationalist Party (BNP) of Begum Khaleda Zia, the former prime minister, and the Jamaat-e-Islami party during the strike which partially disrupted transport and business across the country on Wednesday.

The opposition parties called the strike to protest against the abolition of a system of holding national elections under a non-partisan caretaker administration.

Mirza Fakhrul Islam Alamgir, the BNP’s acting secretary-general, told reporters “the attack on Faruk was intended to kill him and this showed how vindictive a government can be towards its rivals”.

Sahara Khatun, the home minister, expressed her sorrow over the injuries to Faruk, a member of parliament and the BNP’s chief whip, but she said “political leaders should also behave properly with law enforcers”.

Clashes occurred in Dhaka, the southern port city of Chittagong, and a few other cities in the north and the east. At least 10 vehicles were torched in the capital overnight.

Bangladesh’s parliament on June 30 amended the constitution to abolish the caretaker system introduced in 1996 to try to end the violence and fraud that have often marred voting in the South Asian country.

The Bangladesh Supreme Court in May also ruled the caretaker system unconstitutional.

The BNP, which is the country’s main opposition party, is also incensed by the framing of charges against Khaleda’s elder son, Tareque Zia, this week for involvement in a 2004 grenade attack on a political rally addressed by Sheikh Hasina, then opposition leader and current prime minister.

Hasina and Khaleda have dominated the nation’s politics for two decades, and analysts fear that their renewed confrontation could plunge the country back into turmoil. 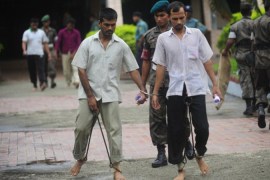 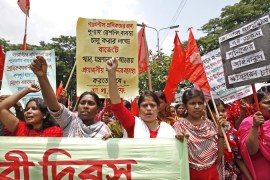 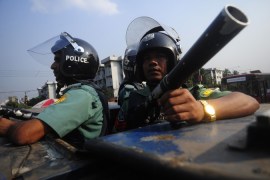 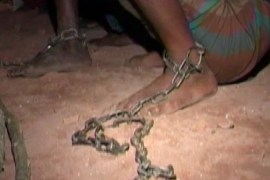 Authorities rescue 30 people found chained up at factory on outskirts of capital.