Former Bosnian Serb army commander Ratko Mladic has made his second appearance before the United Nations war crimes court in The Hague where he is on trial for charges of genocide during the Bosnian war.

On Monday, the judge entered ‘Not guilty’ pleas for all 11 charges on behalf of Mladic.

The hearing resumed after the judge asked Mladic to leave the courtroom as he told the former commander several times not to interrupt him.

Earlier, his Belgrade-based attorney Milos Saljic said Mladic would boycott the hearing and demand that he be represented by his own defence lawyers.

“Mladic is not going to appear in the courtroom tomorrow unless he is forced to. He does not want to do it because he does not have his team of lawyers yet,” Saljic told the Reuters news agency.

Mladic has lodged a list of preferred defence lawyers with the court, including Saljic and a Russian lawyer, but the International Criminal Tribunal for the former Yugoslavia, which is handling the case, is still verifying the qualifications and eligibility of the attorneys.

If Mladic refuses to enter a plea at Monday’s hearing, Judge Alphens Orie will probably enter one of “not guilty” for him.

Arrested in May after 16 years on the run, Mladic was charged by the Yugoslavia tribunal in The Hague last month. The defiant general rejected war crimes charges against him as “obnoxious” and “monstrous”.

Mladic is accused for orchestrating a campaign to seize territory for Serbs after Bosnia and Herzegovina, following Croatia, broke away from the Yugoslavia in the 1990s. Five years of war followed that break-up, leaving at least 130,000 people dead.

Mladic’s former political chief Radovan Karadzic boycotted the start of his trial in 2009, and it is considered unlikely that the tribunal would force Mladic to appear on Monday.

Court spokeswoman Nerma Jelacic declined to comment, saying the court had received no communication from Mladic.

The former soldier has said he was only defending his country and people during the Bosnia war, which lasted from 1992 to 1995.

Mladic is accused in connection with the 43-month siege of the Bosnian capital Sarajevo and the massacre of 8,000 Muslim men and boys in Srebrenica – Europe’s worst massacre since World War II.

Serge Brammertz, a Hague prosecutor, has said Mladic used his power to commit brutal atrocities and must answer for it, but Serb nationalists believe Mladic defended the nation and did no worse than Croat or Bosnian Muslim army commanders. 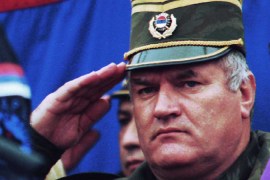 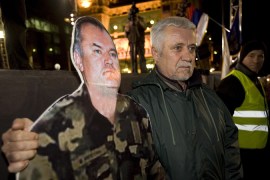 Does Mladic’s arrest open a door to the EU?

We ask if the capture of Europe’s most wanted man will improve Serbia’s chances of joining the European Union. 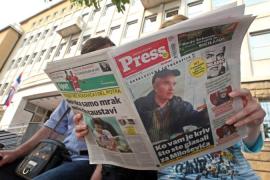 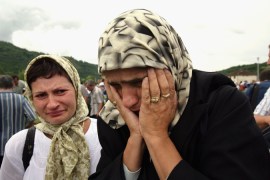 The crimes of Ratko Mladic

Difficult questions are raised by the charges against Mladic – genocide or ethnic cleansing? And why does it matter?