A string of bomb explosions and attacks by gunmen have left at least 13 police and military personnel dead and 18 others wounded in Iraq, security officials say.

At least nine attacks took place late on Sunday and throughout Monday in Baghdad, Kirkuk, Mosul and elsewhere.

A rocket attack inside the heavily fortified Green Zone of Baghdad, the Iraqi capital, left at least three people dead and eight injured late on Monday.

The rockets targeted a gas tank near three caravans, starting a fire that went on for hours, Al Jazeera’s Rawya Rageh reported from the city. The caravans belonged to workers for the al-Rashid hotel.

“Police are saying they have managed to apprehend two suspects who are believed to have fired those rockets from behind a hospital in al-Ghazaliya neighbourhood, in the southeast of Baghdad,” she said.

A rocket launcher was found with them.

Earlier, a bomb in a parked car killed two Iraqi policemen and wounded four others when it exploded near a patrol in the centre of Saqlawiya, a town in Anbar province, police said.

In the capital, a bomber detonated his explosive vest near a security checkpoint, wounding five soldiers and killing himself.

“The security forces were watching the suicide bomber. When he felt they would arrest him he blew himself up near an Iraqi army checkpoint,” Major-General Qassim al-Moussawi, the Iraqi capital’s security spokesman, said.

Another suicide bomber was shot dead by police at a government counter-terrorism office in central Haditha, 190km northwest of Baghdad. The bomber’s explosive vest went off, wounding an officer at the site, police said.

Three policemen were killed in Mansour, a west-central district of Baghdad, when a roadside bomb exploded.

In Kirkuk, an off-duty policeman was killed in front of his house in a drive-by shooting.

In Mosul, a roadside bomb blew up near an army patrol, killing a soldier late on Sunday, police said.

Violence in Iraq has dropped sharply from its heigh in 2006 and 2007, but bombings and other attacks continue to occur. Such attacks have increased in frequency as Iraqi forces prepare to take over from US troops, who are set to complete their full withdrawal from the country by the end of the year.

US military officials say the country still sees an average of 14 attacks everyday.

June was the deadliest month in three years for US forces, with 14 soldiers killed in hostile incidents. It was also the worst month for civilian casualties since January.

Nuri al-Maliki, the Iraqi prime minister, has asked Iraq’s political parties to discuss the option of extending the US military’s mandate beyond its year-end deadline. 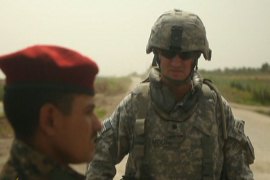 Concerns in Iraq as US drawdown looms

As US troops begin to handover security to Iraqi personnel, questions are being raised whether they can fill the void. 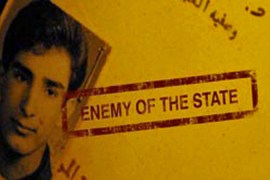 The Poet of Baghdad

A journey through Iraqi poet Nabeel’s story and a rare insight into the complexities of love and longing in exile. 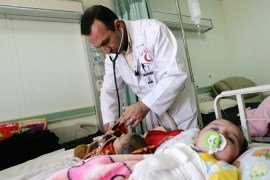 Iraqi hospitals still face chronic shortages of doctors and medicine and children are among those who suffer most. 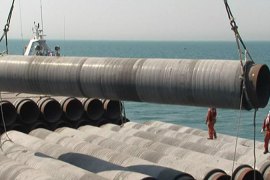 Repairs to export infrastructure should enable country to double exports by the end of the year.