A FoxNews.com Twitter account was hacked briefly on Monday and six false tweets, saying that US President Barack Obama had been shot dead, were sent.

In a statement posted on its website later on Monday morning, Fox News called the tweets “malicious” and “false”.

The media outlet, owned by Rupert Murdoch’s News Corp, said it was investigating the hacking and had alerted the US Secret Service.

“We will be requesting a detailed investigation from Twitter about how this occurred, and measures to prevent future unauthorised access into FoxNews.com accounts,” said Jeff Misenti, vice president and general manager of Fox News Digital.

Obama is celebrating the July 4 Independence Day holiday with his family at the White House and is due to host military families to watch fireworks in the evening.

The White House and Secret Service both declined to comment on the incident.

The first hacked tweet appeared around 2 am (0600 GMT) and said: “@BarackObama has just passed. The President is dead. A sad 4th of July, indeed. President Barack Obama is dead.”

The next one, “@BarackObama has just passed. Nearly 45 minutes ago, he was shot twice in the lower pelvic area and in the neck; shooter unknown. Bled out.”

Monday’s breach raised questions about the integrity of news feeds on Twitter, which is increasingly used by news outlets, including Al Jazeera, as well as government officials as a way to reach readers and supporters.

Jodi Olson, the Twitter spokesperson, declined to say whether the company would add more security as a result of the attack, but stressed it was important for users to shield their profiles.

“We don’t comment on specific accounts. In general, though, it’s always good to remind people of the importance of actively protecting their account credentials,” Olson said, recommending that all users should have a strong password as a “starting point.”

A group calling itself The ScriptKiddies claimed responsibility for sending the tweets – including “#ObamaDead, it’s a sad 4th of July” – from the “FoxNewspolitics” news feed before Twitter suspended its access.

In all some six false tweets were issued, saying Obama had been shot at a restaurant in Iowa while campaigning.

Obama was not in Iowa this weekend. He returned on Sunday to the White House from a brief trip to Camp David in neighbouring Maryland.

The FoxNews.com account hacking followed a wave of highly publicised cyber security breaches, including attacks on the bank Citigroup, Sony Corp, Apple and the US Senate, the IMF and Brazilian presidential websites.

The latest hacking comes two days before Obama’s first “Twitter town hall” where he will field tweeted questions about the economy and jobs.

Twitter’s co-founder and executive chairman Jack Dorsey is due to moderate that Wednesday session at the White House.

Fox.com, another Fox Entertainment Group website, was the target of an attack by hacker group Lulz Security in May. 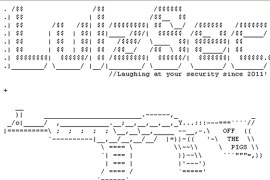 Hackers, who targeted law enforcement agencies, companies and governments, say it is time to “sail into the distance”. 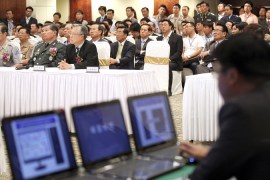 Is the inter-Korean conflict going cyber? 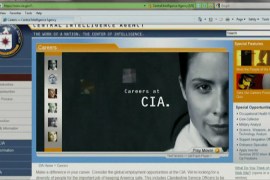 US spy agency says no confidential information stolen in the latest incident in string of high-profile attacks. 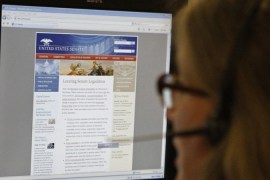 Officals to review all of the Senate’s websites following a cyber break-in by hacker group Lulz Security.