The mayor of Afghanistan’s southern Kandahar city has been killed in a suicide bombing, provincial officials say.

Ghulam Haidar Hameedi was killed when a suicide bomber detonated his explosives in a corridor near Hamidi’s office, Zalmay Ayoubi, the spokesperson for the Kandahar governor, said on Wednesday.

“It appears the bomber was carrying the bomb in his turban,” Ayoubi said.

Abdul Razaq, the Kandahar police chief, said Hameedi was meeting some elders from a district of Kandahar when one of them got close to the target and detonated a bomb hidden in his turban.

Claiming responsibility for the attack, Qari Yousef Ahmadi, the Taliban spokesperson, told the Associated Press news agency that Hameedi had ordered the destruction of homes that city officials claimed had been illegally constructed.

Ahmadi said the Taliban killed him to avenge the deaths of two children who they allege were killed during the demolition work.

Afghanistan’s Taliban has been involved in the many prominent assassinations in the recent past, and Hameedi’s killing is the third assassination of a major political figure in the last one month.

Ryan Crocker, the new US ambassador to Afghanistan, and General John Allen, the new commander of US and NATO forces in Afghanistan, both condemned the killing.

“It is an indication of the challenges ahead,” Crocker said during his first briefing at the US embassy in Kabul.

He said the recent string of assassinations could be an indication that the Taliban “have been damaged to the point that they are resorting to terrorist attacks.

“Clearly these are horrific attacks but they can also be interpreted as a sign of organisational weakness on the part of the adversary”.

Hameedi’s death comes two weeks after President Hamid Karzai’s half-brother, Ahmad Wali Karzai- one of the most powerful men in southern Afghanistan – was assassinated at his home.

Hameedi, who lived in the US for nearly two decades before returning to Afghanistan after the collapse of the Taliban in 2001, was considered to be Wali Karzai’s ally in Kandahar.

Last week, Karzai’s inner circle suffered another blow when assailants strapped with explosives killed Jan Mohammad Khan, an adviser on tribal issues and a former governor of Uruzgan province in the south.

A member of parliament also was killed in the July 17 attack at Khan’s home in Kabul.

At a funeral service for Ahmad Wali, a suicide attacker killed a senior religious leader and at least four other people.

Barack Obama’s announcement in June of phased pullout of US troops seems to have further emboldened the Taliban, who have stepped up violence against senior officials.

Kandahar was the site of over half of all targeted killings in Afghanistan between April and June, a UN report said. 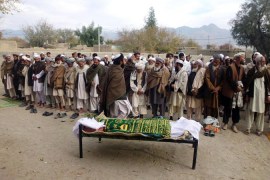 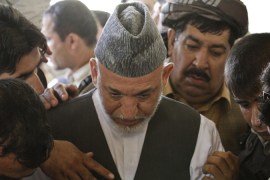 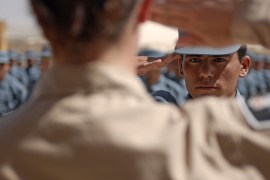 As NATO hands over control of some Afghan cities, we ask if Afghan forces will be able to fill the void. 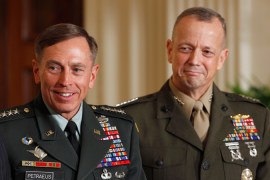 US General John Allen warns of ‘tough days ahead’ as he assumes charge of international forces in Afghanistan.