A Chinese submersible has conducted the country’s deepest manned dive in the latest technological milestone for China, which theoretically puts most of the ocean floor’s vast resources within its reach.

The Jiaolong undersea craft – named after a mythical sea dragon – reached 5,057 metres below sea level in a test dive on Tuesday in the northeastern Pacific, China’s oceanic administration said.

Though less than half as deep as a record dive by the US Navy in 1960, the achievement highlights China’s push to catch up with advanced nations in space, sea, and polar exploration, and points to its fast-growing technical capabilities.

Chinese scientists aim to complete the world’s deepest dive in a manned submersible in 2012 by going to 7,000 metres, state news agency Xinhua reported on Tuesday.

“Such a depth means the Jiaolong is capable of reaching over 70 per cent of the seabeds in the world,” Xinhua quoted head of the diving operation Wang Fei as saying.

“At a depth of 5,000 meters, the Jiaolong withstood great pressure amounting to 5,000 tonnes per square meter,” Wang said.

China has pushed hard in recent years to obtain oil, minerals and other resources needed to fuel its growth, and has said its submersible programme is aimed at scientific research and the peaceful exploration and use of natural resources.

Scientists say the oceans’ floors contain rich deposits of potentially valuable minerals, but the extreme depths pose technical difficulties in harvesting them on a wide scale.

But it may not take China long to begin reaching these riches, Jian Zhimin, director of the marine geology laboratory at Shanghai’s Tongji university, told the AFP news agency.

“I don’t think it will be a very long time before China can perform deep-sea ocean-floor mining,” he said, noting that many of the most valuable oceanic mineral resources are located around the Jiaolong’s maximum designed depth of 7,000 metres.

During a Jiaolong dive to the bottom of the disputed South China Sea last year, it planted a Chinese flag in the seabed in what some saw as a provocative act.

The South China Sea, believed to be rich in oil and gas, is claimed in whole or in part by China and several other nations.

Some concerns also have been raised that deep-sea vessels could have military applications such as tapping into or severing communications cables.

China’s successful dive comes after Japanese media earlier this year said Japan planned to step up its search for undersea mineral reserves, setting up a potential race for seabed resources.

Japanese researchers earlier this month said they had detected vast reserves of rare earths – substances used in many high-tech electronics – on the Pacific seabed.

Chinese state news agency Xinhua quoted the submersible’s chief designer, Xu Qinan, as touting its “state-of-the-art” systems but noting that some components had been imported from abroad, such as the high-definition video and transmission equipment. 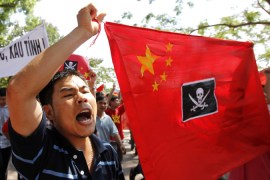 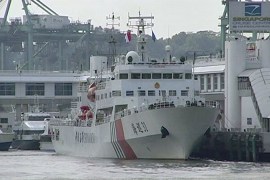 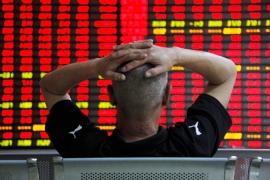 Should China be ‘contained’?

If, out of fear, the US now treats China as an enemy, it guarantees an enemy in the future. 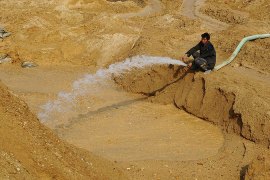