As the drought crisis deepens in the Horn of Africa the UN’s food agency is holding emergency talks in Rome.

At the top of the agenda will be plans to ensure food packages and aid is delivered into Somalia, which is affected most by the drought.

More than 12 million people are affected by the worst drought in 60 years, which has wreaked havoc on war-torn Somalia and parts of Djibouti, Ethiopia, Kenya, Sudan and Uganda.

UN officials say the drought has killed tens of thousands of people over the past few months, forcing desperate survivors to walk for weeks in search of food and water.

The UN’s Food and Agriculture Organisation (FAO), which is hosting the talks in Italy’s capital, has warned the situation will deteriote further unless action is taken soon.

Al Jazeera’s Alan Fisher, reporting from Rome, said: “The UN wants firm commitments from anyone who is saying, ‘yes we will pledge money’.”

But the UN’s World Food Programme (WFP) says it is still being blocked from rebel-held areas and it will begin airlifting food aid into Mogadishu, which is controlled by the country’s Transitional Federal Government, on Tuesday.

Many famine victims contined to arrive in Mogadishu on Sunday seeking food and shelter.

Al-Shabab, which controls large swathes of south and central Somalia, signalled earlier this month that it would accept certain aid groups it had previously banned, but appeared to change its mind on Thursday.

The group denies a famine is taking place and said the UN’s famine declaration is politically motivated.

The renewed threat from al-Shabab means only a handful of agencies will be able to respond to the hunger crisis in the area under its control.

UN Secretary General Ban Ki-moon has called on donor countries to come up with $1.6bn in aid for the two regions of southern Somalia desigated by the UN as famine zones.

The World Bank on Monday pledged more than $500m for the region, with the bulk of the money going towards long-term projects to aid farmers

However, $12m will be immediately released for relief projects for those worst hit by the drought. 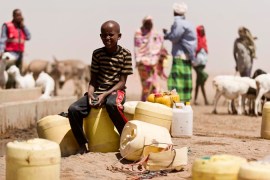 Millions in need of humanitarian aid

As Kenya struggles to cope with influx of Somali refugees, estimated four million of its own citizens require food aid. 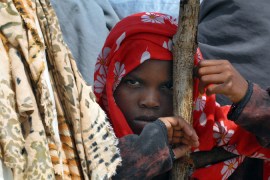 Thousands of Somalis have been making long treks across the border in search of food. 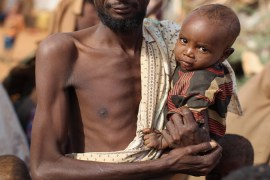 “Whenever there is an indicator of such a disaster, we must not only sit and wait for the emergency response.” 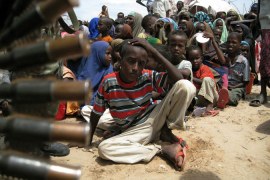