Somali pirates have hijacked a petrol tanker belonging to the United Arab Emirates (UAE) in the Indian Ocean and are sailing it to the Somali coast, the European Union’s anti-piracy body has said.

“Late on the morning of July 16, it was reported by the owners that the MV Jubba 20, a laden tanker, had been pirated in the northern Indian Ocean, on her regular route from the United Arab Emirates to the port of Berbera,” the European Union Naval Force Somalia said in a statement.

The oil tanker is owned and flagged by the UAE with a deadweight of 4,831 tonnes, the statement said.

Marine patrols found the ship on July 17, about 100 nautical miles north-west of Socotra Island, off the coast of Yemen, on its way to the northern Somali coast. Nine Somali pirates are reportedly on board.

There is no information yet on the condition of the 16 crew members who include four Somalis as well as five Indians and nationals of Bangladesh, Sudan, Myanmar and Kenya.

The UN Security Council last month warned that attacks by Somali pirates were were growing in numbers and sophistication.

Many of the cases end up in payment of heavy ransoms, which has become common despite the Somali government’s crackdown. The UN says more than $110m was paid in ransom to Somali pirates last year.

In June, Somalia jailed six foreigners for bringing millions of dollars into the country allegedly intended for pirate ransom.

They were set free a week later after paying hefty fines and leaving behind the ransom money.

At least 24 ships and their crew are believed to be held for ransom at various points along the Somali coast. 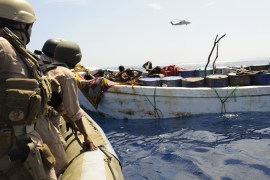 Alleged pirate chief faces charges in a US court for his role in a yacht hijacking that left four Americans dead. 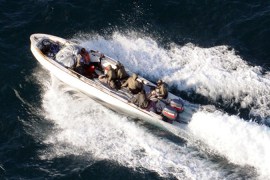 Six people sentenced for bringing millions of dollars into the country, allegedly intended for payment of ransoms.