At least 30 people were killed during sectarian weekend clashes between pro- and anti-government residents in Homs, Syria’s third-largest city, a human rights group said on Monday.

Rami Abdelrahman, head of the London-based Syrian Observatory for Human Rights, said that clashes between pro- and anti-government residents had started when the mangled bodies of kidnapped government supporters were returned to their relatives.

Many anti-government activist groups have sought to play down the possibility of factional or sectarian clashes.

The Local Co-ordination Committees of Syria, a Syrian-based opposition activist group, have denied the fighting in Homs, while the Syrian Revolution Co-ordinators Union said it doubted the number of dead was as high as 30, though it said the clashes had occurred.

Homs has been a focal point of the uprising since the military stormed it two months ago to try to crush street protests calling for President Bashar al-Assad to quit after 11 years in power.

The city is a microcosm of Syria’s religious diversity: a Sunni Muslim majority living alongside minority groups, including Christians and members of the Alawi sect, to which Assad’s family and most of the ruling party belong.

“At least 30 civilians were killed … they fell after civil fighting between pro- and anti-regime (residents) started on Saturday,” the observatory said in statement.

“These clashes are a dangerous development that undermines the revolution and serves the interests of its enemies who want to turn it into a civil war.”

Mohamad Saleh, an activist and a resident of Homs, said there had been no more fighting on Monday but that residents were tense.

He said a group of Alawi men, including four policemen, went missing on Thursday. The bodies of four of them were found on Saturday with their eyes gouged out. Six more were found on Sunday, he said.

“Immediately some people from their neighbourhood [in the Alawi area] went to the street and torched, robbed and destroyed at least 12 shops belonging to Sunnis,” he told the Reuters news agency by telephone.

“The security forces were watching and did not do anything. I saw that.

“Then shooting started and we did not know where it was coming from and people started dying from both sides.”

Saleh said that residents of Homs blame Sunni and Alawi “thugs” for the violence.

“This is very dangerous, we are trying to calm things down. Nobody in Homs accepts this, the people do not want these divisions,” he said.

The anti-Assad protests started in Syria’s poorer Sunni rural areas, but quickly spread to cities which have more of a sectarian mix.

At least 1,400 civilians have been killed since the uprising began, human rights organisations say.

Syrian authorities blame armed groups with Islamist links for the violence and say at least 500 policemen and soldiers have been killed since March.

On Sunday, Syrian troops backed by tanks stormed the border town of Zabadani and rounded up more than 500 people, including Ali Abdullah, a leading opposition figure, activists said.

A Syria-based human-rights activist, Mustafa Osso, said government forces had entered the town, near the border with Lebanon and about 40km northwest of Damascus.

The arrests followed demonstrations on Friday, when hundreds of thousands of Syrians turned out for the largest protests since the revolt began in mid-March.

The Local Co-ordinating Committees of Syria confirmed the Zabadani raid and said about 2,000 military and security forces swarmed in after cutting the town’s telephone services, internet connections and electricity.

The developments come a day after exiled Syrian dissidents met in Turkey to urge their countrymen to launch a campaign of civil disobedience to try to force Assad from power.

Syria’s political opposition elected part of a standing committee to push for Assad’s removal, but failed to create a shadow government at Saturday’s conference.

The gathering of about 350 mainly expatriate Syrians, called the National Salvation Congress, elected a 25-member board late on Saturday in Istanbul.

A final statement said activists in Damascus would elect another 50 board members, and that each would then elect smaller executive committees of 11 and 13 members respectively.

Divisions among liberals, Islamists, Arabs and Kurds ruled out any immediate progress in forming a shadow government, reports from the conference said.

The aim was to hold simultaneous meetings in the Syrian capital and Istanbul.

Sima Abadraboh, a political activist and organiser of the Istanbul event, said the Syrian military encircled the location in Damascus on Friday and broke up preparations for the meeting.

Despite the crackdown, some Syrian opposition activists met at a small private location in Damascus on Saturday and used an internet phone link to address the Istanbul gathering. 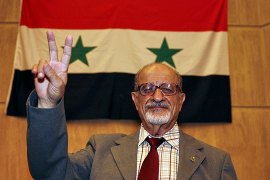 Exiled dissidents meet in Turkey as fresh incidents of violence are reported from city of Homs. 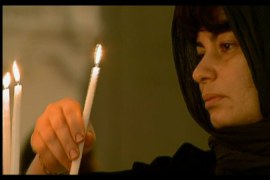 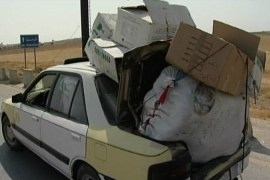 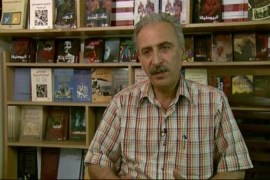 Louay Hussein, an Alawite writer, talks to Al Jazeera about his vision for change in Syria.