NATO-led forces have officially begun handing over control to local security forces in Afghanistan, according to a spokesman for the Afghan interior ministry .

Sediq Seddiqi said the transition process was officially launched at a ceremony in the central Bamiyan province on Sunday, where the country’s top security officials were present.

“A ceremony was held in Bamiyan police headquarters today to mark the official transition of responsibilities from foreign forces to Afghan forces,” he said.

As violence continued in the south and the east, Sunday’s low-key launch showed how tense the country is as foreign troops begin to pull out.

In the latest incidents of violence, two NATO soldiers died in southern Afghanistan, NATO said in a statement, while 13 Taliban fighters were killed in an overnight strike in east of the country.

All foreign combat troops are due to leave Afghanistan by the end of 2014 and Western countries have begun to announce partial drawdowns starting this summer, with all 33,000 US “surge” troops leaving by the end of 2012.

There are around 150,000 foreign troops in Afghanistan, nearly 100,000 of whom are from the US, battling a near ten-year Taliban-led insurgency.

Western officials say the whole process in the seven areas, which include the cities of Mazar-i-Sharif in the

north, Herat in the west, and Lashkar Gah in the volatile southern province of Helmand, could take up to two years to implement.

But widespread doubt remains over the ability of the Afghan forces’ to take full responsibility for warding off attacks amid high levels of illiteracy and attrition within the army and police.

“The drawdown is, unfortunately, a foregone conclusion and it’s based on political decision making, political calendars, rather than the situation on the ground,” Daoud Sultanzoy, Afghan analyst and former member of the parliament, told Al Jazeera.

“The ground realities are different because of the needs of the security forces and their training and level of readines. More importantly, the trust that Afghan police is gaining should not be temporary. We are more interested to know what they do with that trust that comes from the people. If they abuse it, there will be more setbacks.”

Laskhar Gah is next in line to be handed over to Afghan forces.

The Taliban fighters, who have ramped up their activities as part of their offensive Badr, have threatened to attack the handover ceremonies. 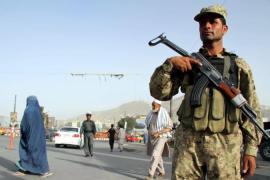 India, which has key interests in the war ravaged nation, doesn’t believe Afghanistan is ready for US troops to leave. 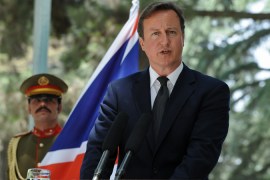 British PM says group could play a part in Afghanistan’s future by laying down weapons and joining political process. 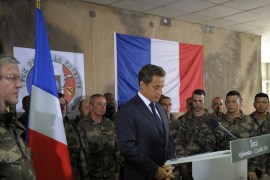 President says a quarter of France’s 4,000 troops will leave by end of 2012 during visit to Afghanistan. 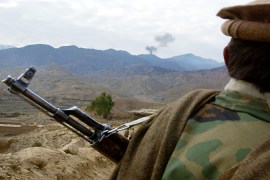