A senior cleric has been killed in an apparent suicide bombing at a mosque in Kandahar during a memorial service for Ahmed Wali Karzai, the brother of Afghan president Hamid Karzai who was shot dead on Tuesday.

Hikmatullah Hikmat, the head of the Provincial Ulema Council, died along with three others while 13 others were wounded, officials said.

Karzai was not at Wednesday’s service in Kandahar city, according to his spokesman Waheed Omer.

“Our understanding at this point is that no one in the delegation from Kabul was hurt,” he said.

The Sarra Jamai mosque in the southwest of the city had been filled with relatives and friends who were offering their condolences to the family of the provincial leader.

A member of the Kandahar provincial council who attended the prayers confirmed to the AFP news agency that there had been a suicide bombing inside the mosque.

“I saw one dead and four injured in there. The service was about to end when it happened,” Agha Lalai said.

A politician who was at the service said the government delegation included the ministers of defence, justice and public works, as well as deputy ministers of various ministries and 15 MPs.

After the attack, other high-ranking officials were whisked away in bulletproof cars and police quickly sealed off the area. Ambulances and vehicles used by senior officials rushed to the mosque and security officials blocked off nearby roads.

The death of Wali Karzai, which the Taliban claimed responsibility for, has threatened to create a power vacuum in the south, although some have questioned the group’s role in his killing.

Prince Ali Seraj, of the national coalition of tribes, told Al Jazeera: “I believe and my people believe that this assassination was at the hands of a friend, who came from the same tribe and who had been serving for seven years so it is very difficult for Taliban to penetrate such a relationship. We believe it was totally personal.

Wali Karzai’s funeral had tight security with Hamid Karzai leading mourning for his half-brother, regarded as the most powerful man in southern Afghanistan.

The governor of Helmand province, Gulab Mangal however, escaped an explosion near his car on the way to the funeral, while two explosions were reported in Kandahar shortly after the funeral.

The United Nations said on Thursday that civilian deaths jumped 15 per cent in the first half of 2011 in Afghanistan.

The reasons for the increase in the number of deaths are due to intensified conflict in the south, together with a rise in roadside bombings and suicide attacks, the report said. 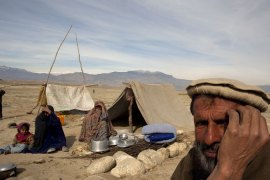 World body says plan to hand over security to local forces in Afghanistan has helped fuel sharp rise in casualties. 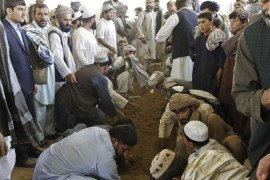 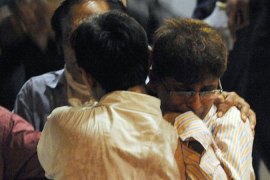 At least 21 dead and scores wounded after Indian city is targeted in what the home minister said was a terrorist attack. 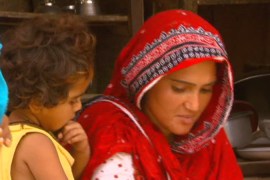