Japan’s prime minister says he wants the country to learn from its ongoing crisis and become less reliant on nuclear energy.

Naoto Kan told a news conference on Wednesday the risk of nuclear energy is too high and he wants to wean the nation off nuclear energy and eventually seek a society that can do without it.

He said Japan should develop renewable energy sources such as solar, wind and biomass. He said another pillar of Japan’s energy policy should be conservation.

Japan’s nuclear energy use has been scrutinised since the March 11 earthquake and tsunami caused partial meltdowns at the Fukushima Daiichi nuclear plant northeast of Tokyo.

“By reducing its reliance on nuclear power gradually, we will aim to become a society which can exist without nuclear power,” said Kan.

“Considering the grave risk of nuclear accidents, we strongly feel that we cannot just carry on based on the belief that we must only try to ensure (nuclear) safety.”

Kan earlier announced a full review of Japan’s energy plan, under which atomic power had been set to meet more than half the demand by 2030, up from about one third before the March 11 disaster.

The earthquake and tsunami crippled the Fukushima plant, which has leaked radiation into the air, soil and sea as a consequence of the meltdown.

With all but 19 of Japan’s 54 reactors now shut, mostly for regular checks, Japan is going through a power crunch in the sweltering summer months, and there are fears that outages could slow the already limping economy.

The prime minister has said he wants to make clean energy sources such as solar, wind and geothermal a new “major pillar” of the industrial power’s energy mix.

“If everything goes as scheduled, a renewable energy bill will be discussed in the Diet (legislature) starting tomorrow,” Kan said.

Even so, Al Jazeera’s Aela Callan, reporting from Tokyo, said that Kan’s speech contained “no detail” on targets for different types of clean energy to be used.

“All we heard was the predicted announcement that he wants to move the country away from nuclear power,” said Callan, who added that Kan did, however “quite successfully dodged a question over whether he would step down.”

The prime minister, Japan’s fifth in as many years, made the speech at a time when he is under intense pressure to step down from political adversaries who accuse him of having bungled Japan’s response to the tsunami.

The prime minister scepticism about boosting nuclear power in the quake-prone island nation has also set him on a collision course with pro-nuclear politicians, both in the conservative opposition and within his own party.

“Manufacturers may well consider moving plants to a country with a stable electricity supply or cheaper labour.”

Anti-nuclear sentiment in Japan has grown since the Fukushima disaster, and thousands have since protested at a string of rallies against TEPCO and nuclear power and for a shift towards alternative energy. 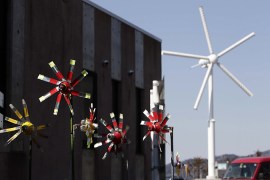 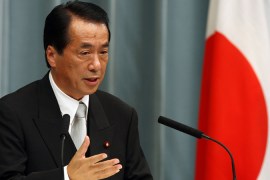 Japan veers away from nuclear power

After the earthquake and subsequent disaster at Fukushima, Japan vows to increase its use of alternative energy sources. 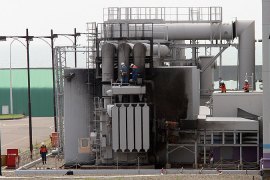 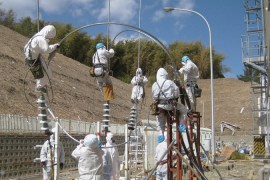