Police in Malaysia have fired tear gas and arrested more than 1,600 protesters in the biggest opposition-backed rally in years, demanding electoral reforms.

Organisers said up to 50,000 demonstrators massed across Malaysia’s capital Kuala Lumpur on Saturday, but the police put the number at closer to 10,000.

Several senior opposition leaders were arrested in a clampdown called Operation Erase Bersih, referring to the Bersih coalition, the group that organised the rally.

According to reports those arrested included 16 children.

Ambiga Sreenavasan, head of the Bersih coalition, said that the suppression of the protests had “stirred a sense of outrage against the exhibition of raw power by our government”.

“What is the necessity for a show of might against right? No matter what, right will always prevail,” she said.

Prime Minister Najib Razak’s government had declared the demonstration illegal, and police had sealed off parts of the capital in advance, warning those who took part in demonstrations that they would face “stern action”.

Witnesses said riot police armed with batons charged at some protesters and dragged them into trucks.

Authorities took extraordinary security measures to deter the rally by closing train stations and deploying lorries mounted with water cannons near the Independence Stadium in a suburb of Kuala Lumpur, where activists sought to gather.

Nevertheless, thousands tried to reach the stadium from various parts of the capital, chanting “Long live the people” and carrying yellow balloons and flowers as they marched.

Police fired numerous rounds of tear gas and chemical-laced water in repeated attempts to disperse the crowds, causing demonstrators to scatter into nearby buildings.

Helicopters flew overhead as a brief downpour failed to deter the protesters.

Anwar Ibrahim, the opposition leader, said he had sustained a “minor injury” when his group was hit by tear gas.

“We were attacked from both corners but what was horrifying is that the police shot directly at the protesters, some of them clearly aimed at me personally, so my security assistants had to cover me and one was badly injured because the canister was shot direct, he is badly injured,” Anwar told the Associated Press news agency.

“This is a simple portrayal of the extent of desperation of brutal action approved by the Prime Minister Najib.”

Government officials accuse Anwar’s three-party alliance of endorsing the rally to cause chaos on the streets and undermine the National Front, the federal ruling coalition.

The rally organisers called for reforms following accusations that the Malaysian election commission is biased towards the ruling coalition, which has been in power since independence from Britain in 1957. The commission denies the charge.

The government insists the current electoral policies are evenhanded.

Over the past two weeks, more than 200 other activists have been arrested nationwide for trying to promote the rally.

Earlier, speaking to Al Jazeera over phone from Kuala Lumpur on Saturday, Edmund Bon, a human-rights lawyer, said: “It’s an extraordinary clampdown on the whole [city] and we are not allowed to go anywhere.

“People are getting arrested on the streets and about 250 to 300 people have been arrested so far in connection with the rally.”

The activists’ demands include an overhaul of voter registration lists, tougher measures to curb fraud and fairer opportunities for opposition politicians to campaign in government-linked media.

A general election is not due until 2013 but Najib has not ruled out early polls, after economic growth accelerated to a 10-year high in 2010.

Major street demonstrations are rare in this Southeast Asian country, but the rise of alternative media channels and a growing opposition voice are gradually creating a more vocal Malaysian public. 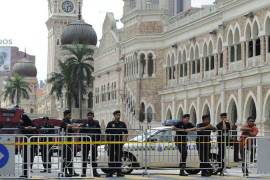 Move comes in response to opposition-backed group’s plan to hold a rally to press for greater electoral transparency. 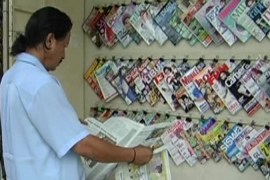 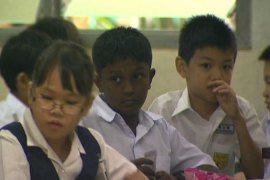 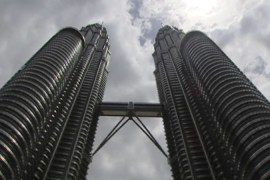 A tower too far for Malaysia?

Many say plan to build one of world’s largest buildings is huge waste of money in country with economic troubles.