The men confirm they had orders to shoot on unarmed civilians and deny the presence of the ‘armed gangs’ and ‘terrorist groups’ the regime has said are driving the unrest in Syria.

Al Jazeera has translated the video above and interviewed Avaaz about its veracity.

Avaaz the assured that channel the video was shot by credible citizen journalists working with the organisation since the beginning of the Syrian uprising, but Al Jazeera cannot independently verify the authenticity of the footage.

Interviewer: One of the defected security agents, the date is June 6, 2011. Your name please?

Agent: Air force, I was moved around two months ago to the air force branch in Mezze Airport [Damascus].

Interviewer: Kinds of assignments attached to?

Agent: Our mission was to crack down on the protesters. We used to get into the mosques to pretend that we are praying just like them and 10 agents were spreading around outside the mosque and another 10 inside to watch the people who are praying.

If they get together at some point, if they talked inside about doing any demonstrations outside, and to prevent anyone from dealing with the subject inside the mosque.

And another 10 agents were outside to prevent anyone getting together outside mosque, and to take videos and photos of them in case anyone got together or speak about any demonstrations at all.

Interviewer: And in spite of that demonstrations were still going on?

Agent: Yes, we had demonstrations in spite of that.

Interviewer: In case you have demonstrations, how did you used to do crack down on demonstrators?

Interviewer: Did you chant any other thing besides calling for freedom like other demonstrators?

Interviewer: So you have some kind of special assignments to gather around the guy who’s chanting the most?

Agent: Yes. One of these agents, without showing himself, would go behind the guy who is chanting and hit him with electric stick until that guy fainted.

Interviewer: Did you ever use live ammo?

Agent: Yes. They used to drag this guy who fainted and pretend that they just wash his face to wake him up and take him to a security car but make sure he’s not going to be awake till he reaches the branch.

Interviewer: I ask you again. Did you use live ammo?

Agent: Yes, we used to use live ammo. And there were a lot of casualties and injured, because of that, among the demonstrators calling for freedom. Those who went out to protests with their bare chests.

Interviewer: Were the demonstrations peaceful?

Agent: It was peaceful demonstration. They did not hold any weapons, nothing, just chanting for freedom. They don’t go out for a battle; they are only there to call for their own freedom.

Interviewer: And you were cracking on them by using bullets?

Agent: Yes and with the electric sticks. We were surprised to see strange members among us, air force secret agents.

Interviewer: What you mean by strange elements?

Agent: They don’t look like security agents, and they don’t usually show up until a demonstration is on, and we used to find them among us suddenly.

Interviewer: Are they from the army?

Agent: No, they are not from the army, they used to wear civil clothes, used to have black balaclava to distinguish them from us and when the demonstration finished and we were going back, we did not see them anymore.

Interviewer: Can you identify them for us?

Agent: No, I just know this about them.

Interviewer: How did you used to do the arresting; after the demonstrations finished?

Interviewer: Did you go to arrest those guys having official authorisation?

Agent: No, we break into his place at very late hour at night so he would not know we were coming.

Air force security agents during these break-ins also had members of division four led by Maher al-Assad to surround the whole city so no one was able to leave.

They spread around the streets and alleys and in front OF every house and they have orders to open fire on every single soul who might be there and anyone seen on a balcony.

Everyone they saw, they used to open fire on him or her.

Interviewer: Did you used to beat the guy who you were about to arrest in front of his wife and children

Agent: Yes they used to break in the house, broke the door and enter the house and bring out the one they want to arrest and beat him in front of family members, mother, wife, children so are you witnessing a scene that no human being can accept.

The children are crying, the older women are crying, so family member are trying to keep their sons out of the hands of the security service so then security starts to beat them also and they used to rob the place and they took every expensive thing they could find.

Interviewer: You’re assuring us there was some stealing taking place in houses broken into?

Interviewer: The security agents were robbing the houses?

Interviewer: Are you assuring this again?

Agent: Yes, usually when a man got his place robbed, he goes to the security and complains about this. Now the security who are there are stealing from the houses, so where should he go?

Interviewer: Did you, Mustafa, open fire on demonstrations yourself?

Agent: We used to have orders to open fire on the protesters.

Interviewer: Did you open fire? Did you ever kill a person yourself?

Agent:  I haven’t killed anybody because I used to open fire in the air, or to places empty from anyone, no demonstrators.

Interviewer: But you used to open fire?

Agent: I was just opening fire to show the strange elements that I am shooting, because they used to shoot anyone who refused to open fire, so just to guarantee my own safety I was opening fire towards them, but only to the empty places.

Interviewer: What do you say for all the honourable honest people in the security and army, officers and others?

Agent: I’m telling them to leave the Syrian Arab army because this is no longer the army of guardians of homeland.

This is the army of the destruction of homeland and what they are doing in these cities is just an example of what they’re going to do in the upcoming days.

If it’s only now in a Damascus governorate, tomorrow it’s going to be somewhere else.

I tell every honourable honest officer and recruited soldier and agent to leave this army because they are targeting all cities. It’s not only Damascus but all other Syrian provinces.

Interviewer: Does that mean that soldiers of the Syrian Arab army and security agents are killing the country?

Agent: Yes, they are killing the country and the citizens. It’s either; we’re going to rule you, or we’re going to kill you so we chose death over humiliation. 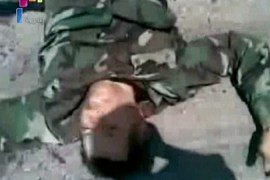 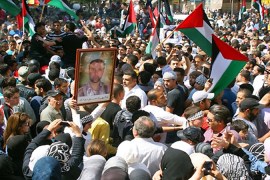 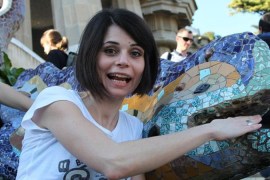 Relatives of Amina Arraf say her whereabouts are unknown after she was seized by “armed men”.

Government threatens to retaliate after blaming “armed groups” for the deaths of 120 officers in country’s north.