Japan has admitted it was unprepared for a disaster on the scale of the Fukushima nuclear crisis in a report to the UN’s atomic agency, and vowed to implement new safety measures.

In the report, released on Tuesday, Tokyo also admitted for the first time that fuel in the nuclear power plant may have melted through the inner containment vessels, not just the core, after the March 11 earthquake and tsunami.

The document will be sent to the UN International Atomic Energy Agency (IAEA), which sent its own multinational fact-finding team to Japan and is due to discuss the disaster at its Vienna headquarters this month.

“In light of the lessons learned from the accident, Japan has recognised that a fundamental revision of its nuclear safety preparedness and response is inevitable,” the report said.

Naoto Kan, the prime minister, said it was “important to inform the international community with thorough transparency in order for us to regain confidence in Japan”.

The 750-page document said the flaws in basic reactor design included the venting system for the containment vessels and the location of spent fuel cooling pools high in the buildings, which resulted in leaks of radioactive water that hampered repair work.

It said the vents lacked filtering capability, causing contamination of the air, and the vent line interferred with connecting pipes.

Terabecquerels are the units radioactivity is measured in.

The report came as a 10-member expert panel independent of the nuclear industry met for the first time to look into the causes of the world’s worst atomic accident since Chernobyl, in Ukraine, a quarter of a century ago.

Panel leader Yotaro Hatamura, a Tokyo University professor emeritus on human error, said at the meeting that “nuclear power has higher energy density and is dangerous”.

“It was a mistake to consider it safe,” said Hatamura.

NISA’s revised radiation figure released on Monday is likely to fuel criticism of the initially slow and vague flow of information from the government and plant operator Tokyo Electric Power Company (TEPCO).

The new estimate is closer to that of Japan’s independent Nuclear Safety Commission which had initially estimated a release at 630,000 terabecquerels in the first month after the tsunami knocked out reactor cooling systems.

Goshi Hosono, Kan’s special adviser on the nuclear crisis, said on Monday that the latest findings were unlikely to affect the TEPCO roadmap to bring all reactors to stable “cold shutdown” between October and January.

NISA also said in its review that it believes much of the nuclear fuel inside the three reactors melted down faster than previously believed.

The agency said melted fuel in unit one dropped to the bottom of the pressure vessel and damaged it some five hours after the earthquake hit the plant at 2:46 pm on March 11, followed by a 14m tsunami.

Embattled TEPCO has said it believes the molten fuel is now being cooled by water at the bottom of the number one, two and three reactors, citing the relatively low outside temperatures of the containers.

Months of hosing operations have left over 100,000 tonnes of highly radioactive water in buildings, basements and ditches at the plant, and TEPCO is struggling to remove the runoff so it can resume crucial repair work.

Contaminated water has spilled or been released several times into the Pacific Ocean, and environmental group Greenpeace has warned that it has found unsafe radiation levels in marine species as far as 50km offshore.

TEPCO has been testing decontamination equipment, some provided by US and French companies, to remove radioactive substances, oil and sea salt from the runoff water so it can be reused as a reactor coolant from about mid-June.

With the advent of the summer rainy season in the region, they have also started to ship to the plant 370 truck-sized water tanks with a total capacity of more than 40,000 tonnes to store excess contaminated water. 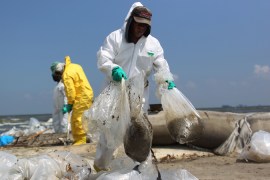 Scientific policy is often based on a single interpretation of risk, and the dominant paradigm is not always accurate. 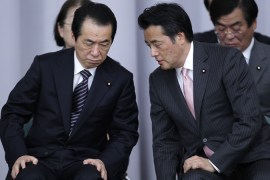 Under fire from the opposition and members of his own party, Naoto Kan says he still could step down in six months. 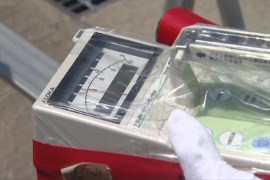 Government calls for evacuations after high radiation levels found in some areas. 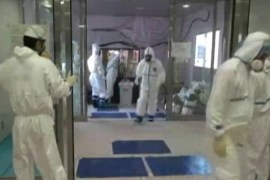