Israeli settlers have been accused of attacking a mosque in the occupied West Bank, setting alight carpets and spraying Hebrew graffiti on its walls.

“There are slogans which show without doubt that settlers entered the mosque and burned it,” Mohammed said, adding that the arsonists had broken in through the windows.

Hebrew graffiti scrawled on the mosque wall read “Price tag – Eley Ain”, signalling the attack had been mounted in retribution for the removal by the Israeli authorities of a structure at Eley Ain, a nearby settlement outpost, last week.

“This is a criminal act intended as a provocation. Israel has pioneered respect of freedom of worship and will work decisively against all who harm this principle,” Netanyahu said in a statement.

The Israeli defence minister said he had instructed the military to “use all means to apprehend the perpetrators”, adding that the “criminal act was intended to … harm the chances of living in peace side by side”.

“Israeli authorities cannot continue to turn a blind eye, which gives settlers impunity to continue with their attacks,” a spokesman for the Palestinian Authority said in a statement.

An Israeli police spokesman said an investigation had been launched at the site in the village, northeast of Ramallah.

But in previous cases some settlers have been detained for questioning but later released without charge.

Israeli settlers have adopted the slogan “price tag” for attacks against Palestinians and their property mounted in retaliation for any steps by the Israeli government against their settlements built on land Israel captured in the 1967 war.

The United Nations condemned the desecration of the mosque.

“The actions of Israeli extremists are highly provocative and threatening,” Robert Serry, the UN special co-ordinator for the Middle East peace process, said in a statement.

“Consistent with its obligations under international law as the occupying power, the Israeli government must ensure accountability of those responsible and protect the human rights of Palestinians and their property, including religious sites.”

“The United States strongly condemns the attack on a mosque in the West Bank earlier today. As we have long maintained, all sides must do all they can to prevent attacks and incitement of this kind,” Tommy Vietor, a national security council spokesman, said.

“We note the Israeli government’s condemnation of this attack and call for the perpetrators to be held accountable.”

Settlers have attacked at least five mosques in the West Bank in the last 18 months, Mohammed Daraghmeh, head of the mosques department in the Palestinian Authority’s religious endowments ministry, said.

Netanyahu’s government has continued a policy of removing some settlement “outposts”, or settlements erected without permits.

However, he has largely followed an aggressive settlement policy in the West Bank despite international pressure.

Last month on an official visit to the US, he differed with Barack Obama, the US president, on the issue of settlement and the need for Israel to accept the 1967 borders as the starting point for peace talks.

A dispute over the expansion of Jewish settlements led to a breakdown of peace talks last year which the Palestinian leadership had long hoped would yield independence from Israel in the West Bank and the Gaza Strip.

Mahmoud Abbas, the Palestinian president, has said he will go for UN recognition of a Palestinian state in September, but the US has warned against such a move. 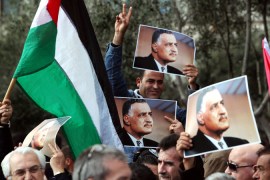 June 7: The anniversary nobody remembers

A secret meeting 44 years ago could have changed the course of Middle Eastern history. But it never happened. 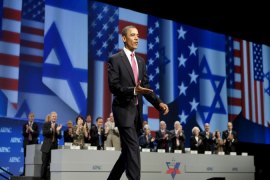 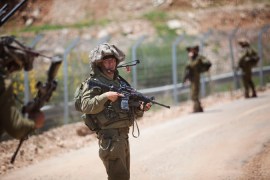