Clashes between protesters and security forces have returned to Cairo’s Tahrir Square, the epicentre of the 18-day uprising that ousted former president Hosni Mubarak in February.

Violence began when police forces tried to clear a sit-in outside the state-TV building where families of the more than 840 people killed during the uprising gathered demanding justice.

Protests moved toward the ministry of the interior, adjacent to Tahrir Square, where police forces fired tear-gas at protesters, some of whom threw stones and other objects.

The street clashes, the most serious since Mubarak stepped down on February 11, continued at and around the square throughout Tuesday night and during the day on Wednesday. 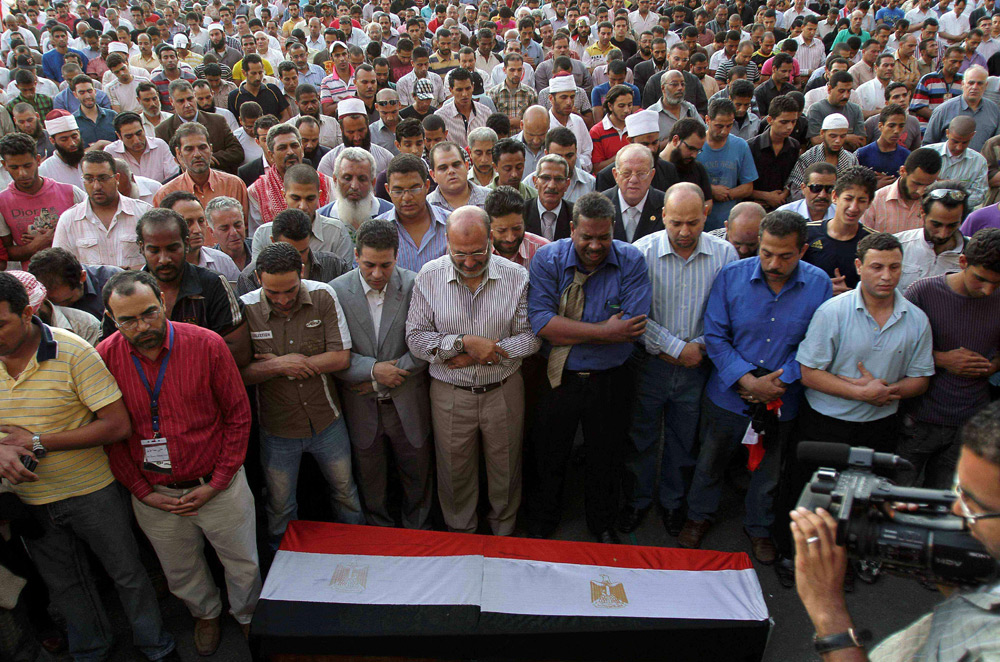 Mourners on Tuesday by the coffin of Mahmud Khaled, who was run over in January, he died from his injuries five months after the incident [AFP] 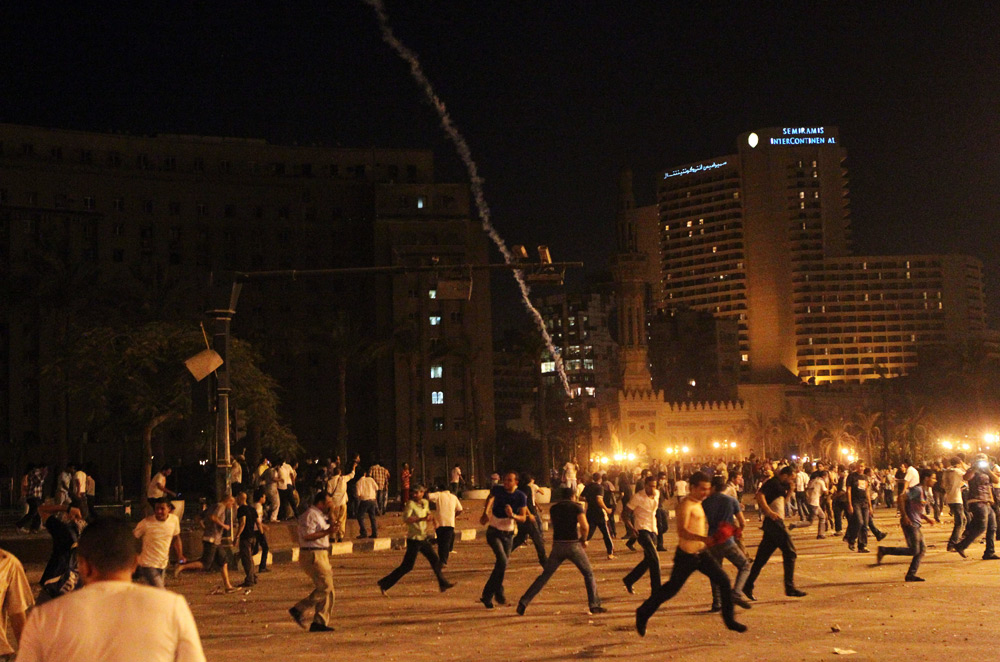 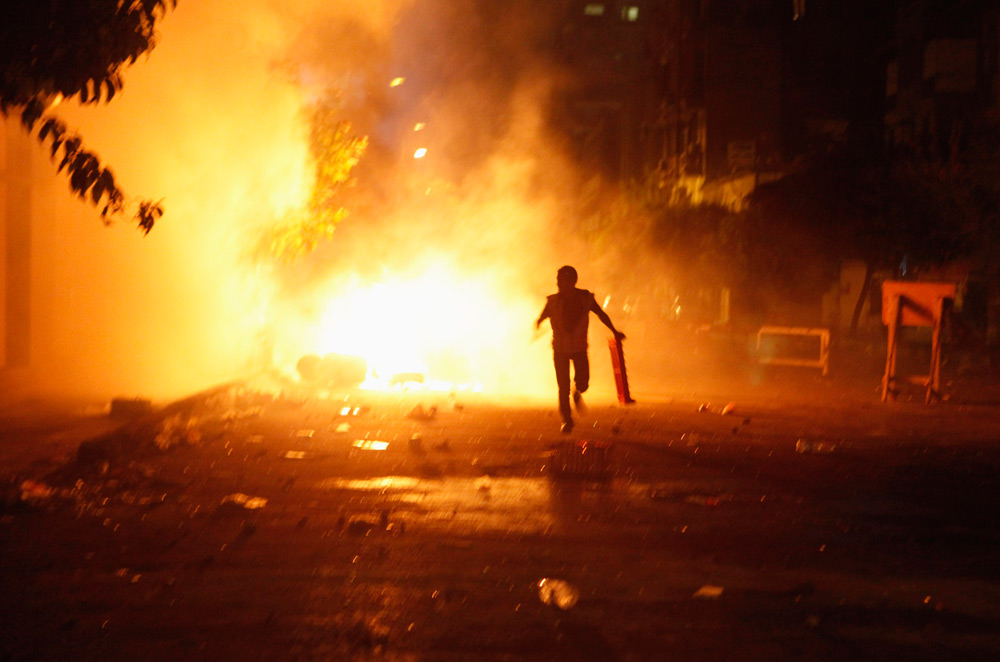 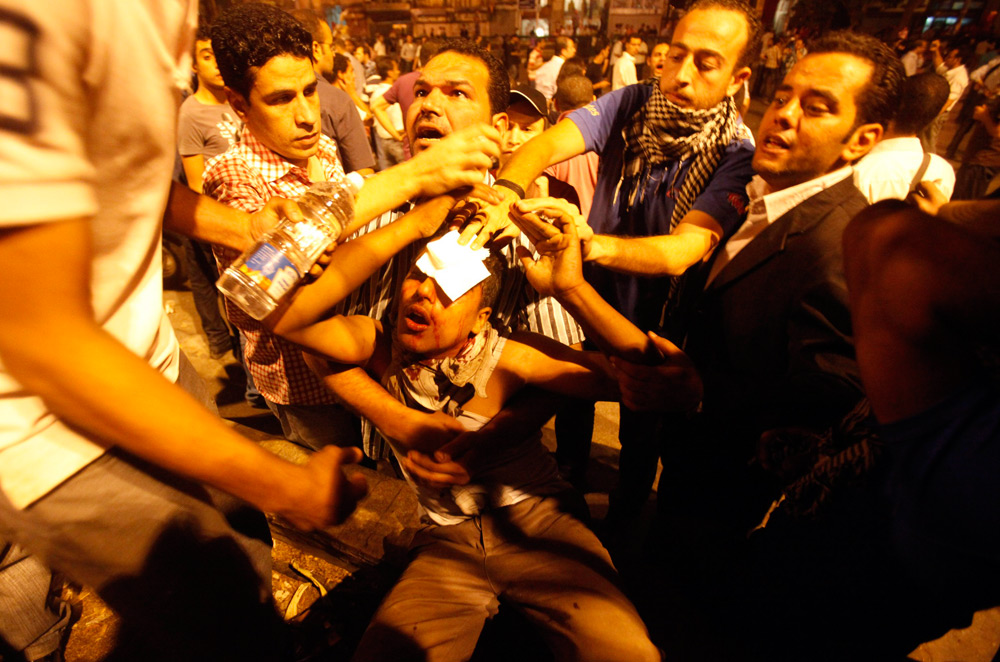 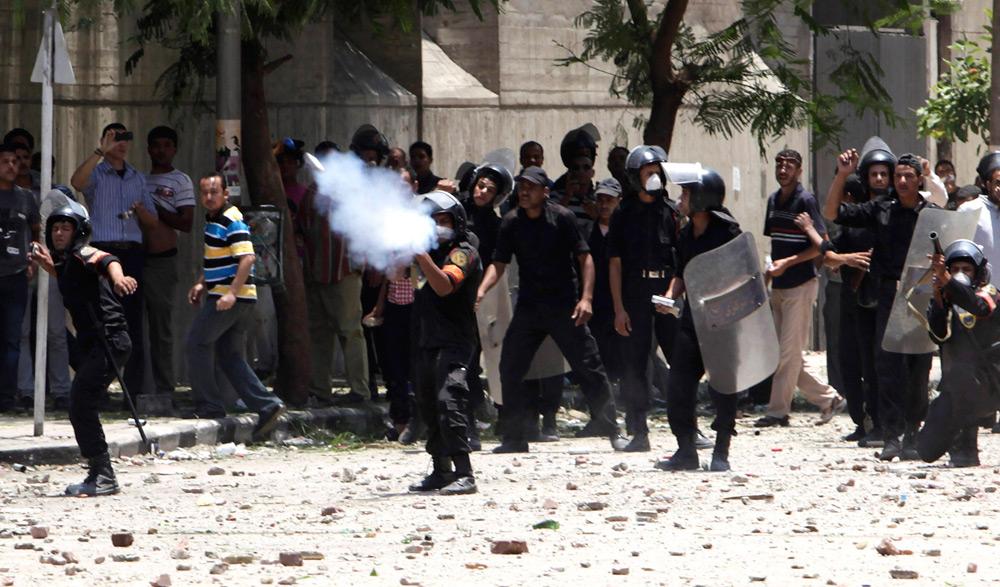 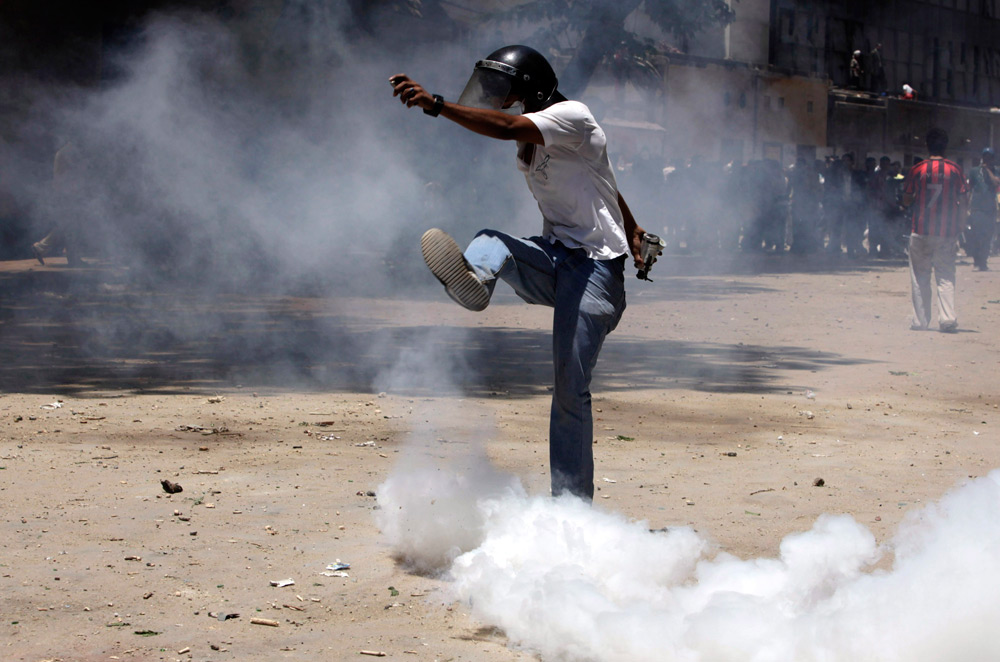 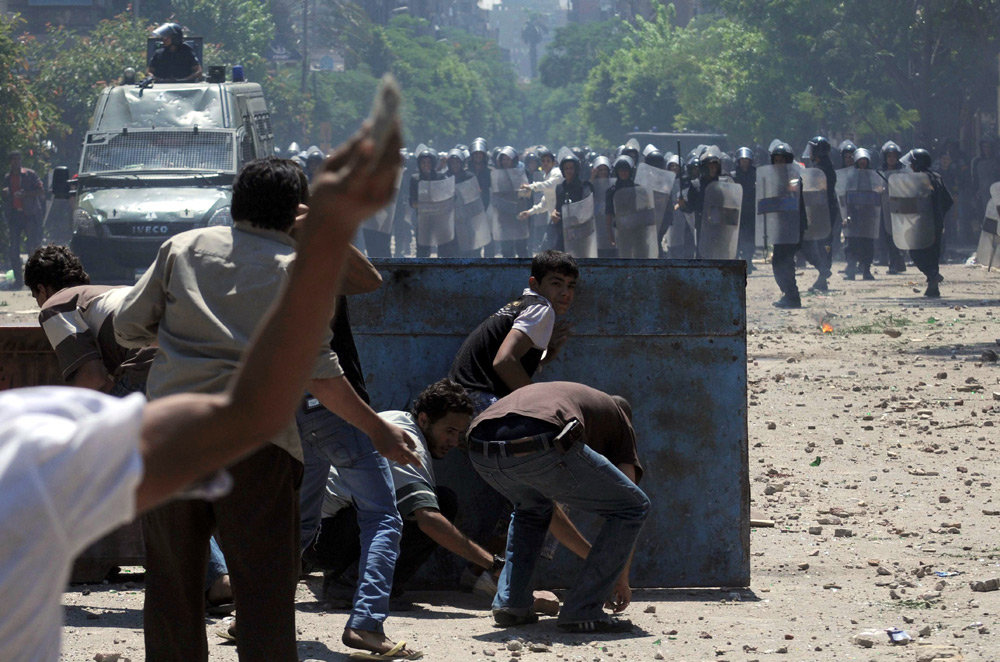 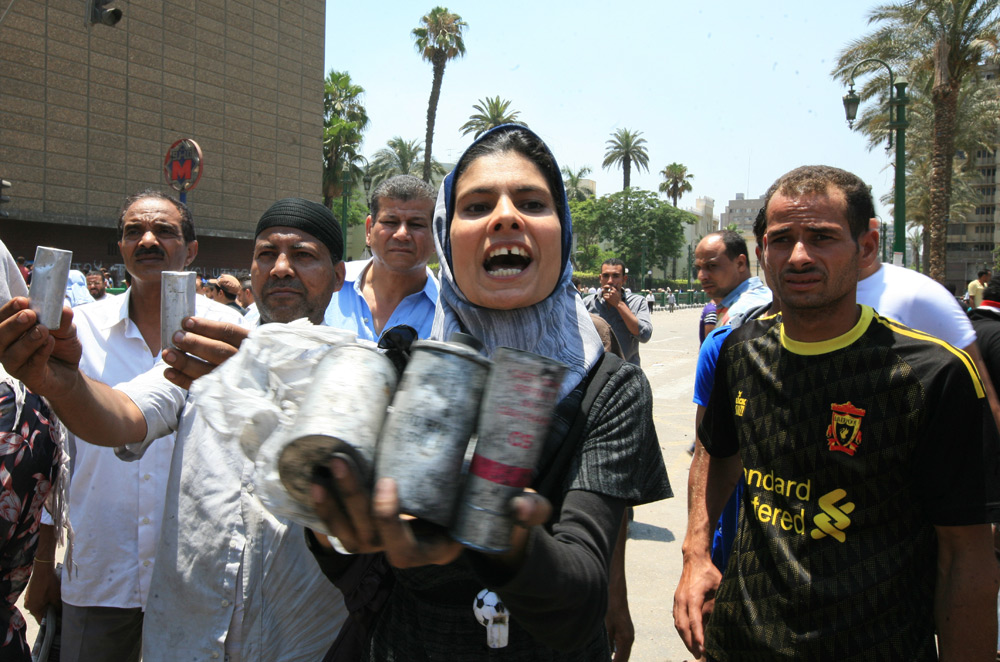 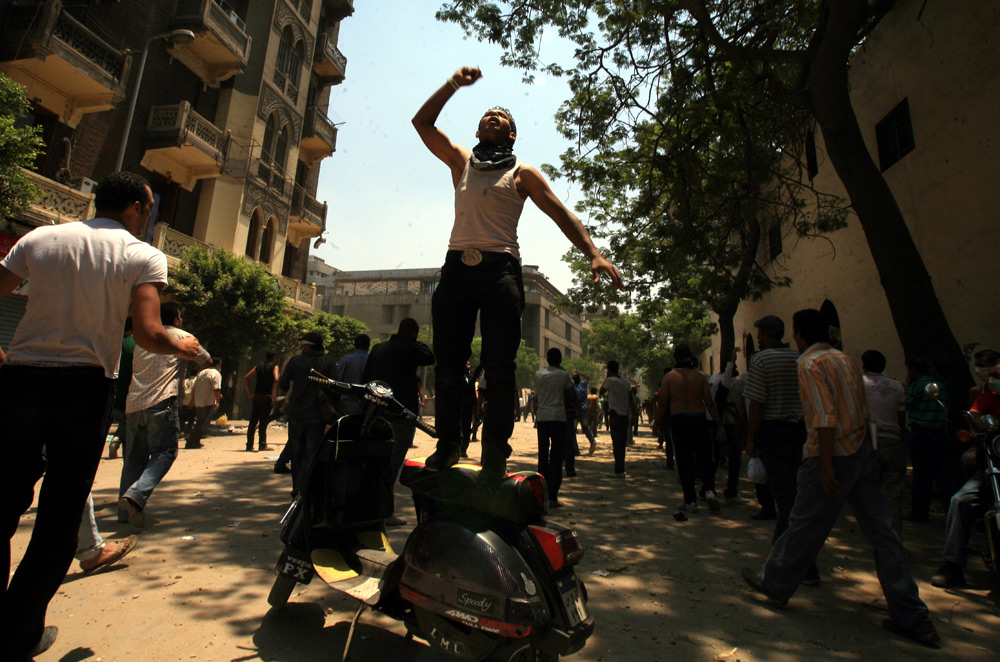 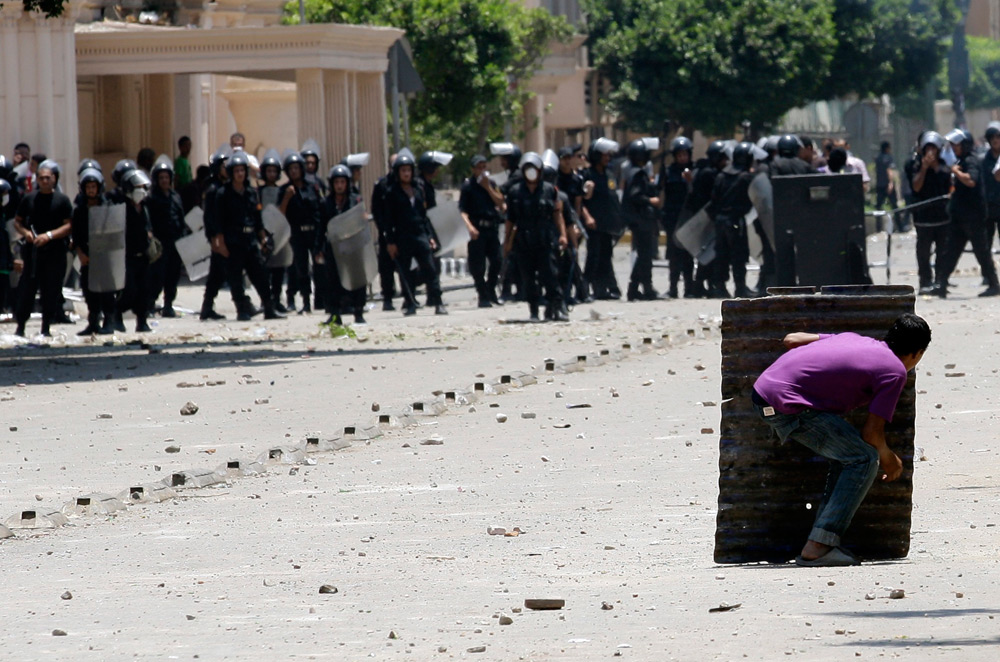 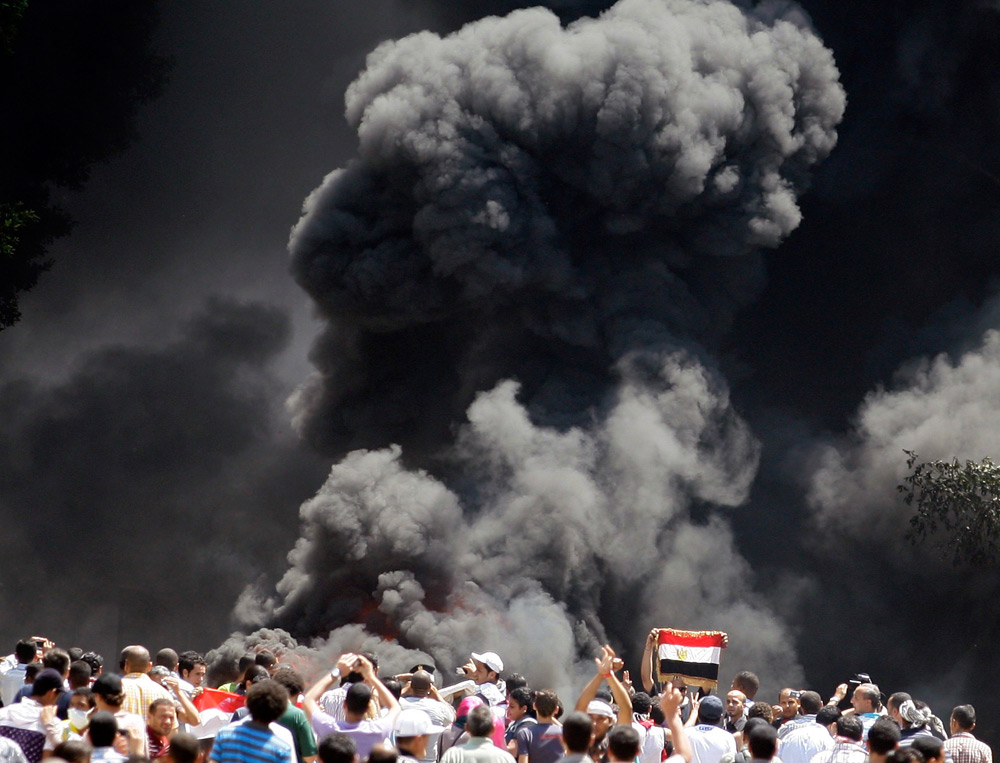 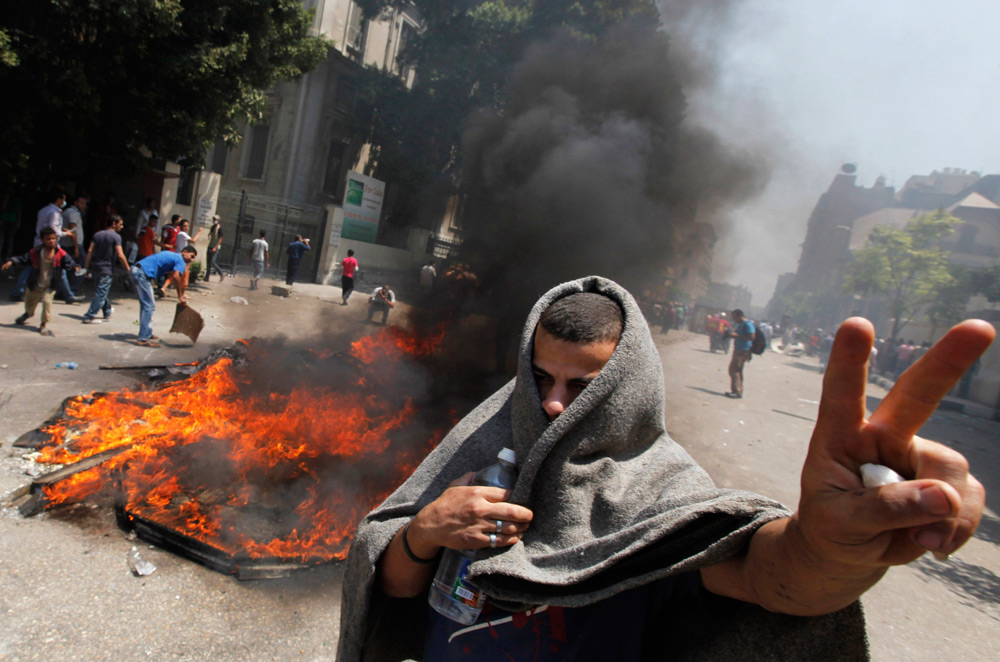