Michele Bachmann has formally launched a bid for the US presidency from her hometown of Waterloo, Iowa.

Bachmann, a member of the House of Representatives from Minnesota and a rising star in the “Tea Party” movement, said on Monday that the US “cannot afford” to reelect Barack Obama in next year’s presidential elections.

“Make no mistake about it, Barack Obama will be a one-term president,” said Bachmann, who will be looking to challenge current Republican frontrunner Mitt Romney.

“We can’t afford four more years of millions of Americans who are out of work,” she said to voters in Iowa.

“And we can’t afford four more years of a foreign policy with a president who leads from behind and who doesn’t stand up for our friends like Israel, and who and who too often fails to stand against our enemies,” said Bachmann.

Infamous for her frequent oratorical blunders, Bachmann told Fox News that “what I want them (voters) to know is just like, John Wayne was from Waterloo, Iowa. That’s the kind of spirit that I have, too.”

John Wayne, the Hollywood star of a number of western films is from Winterset, Iowa, while “Killer Clown” 1970s serial killer John Wayne Gacy was from Waterloo. 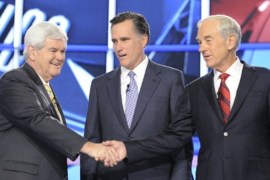 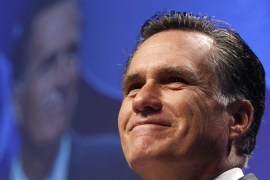 Republican Mitt Romney announces his second bid for the 2012 US presidential election. 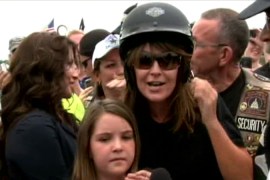 As the US Republican embarks on nationwide tour, many think she may run for the presidency. 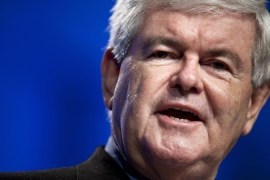