Libyan rebels have been fighting Gaddafi’s forces for weeks in the Nafusa mountain range in western Libya. The fighting has been fierce, and the army has periodically shelled a number of towns in the region.

The rebels are slowly making gains, though, and as Gaddafi’s forces flee, they leave behind much of their equipment. 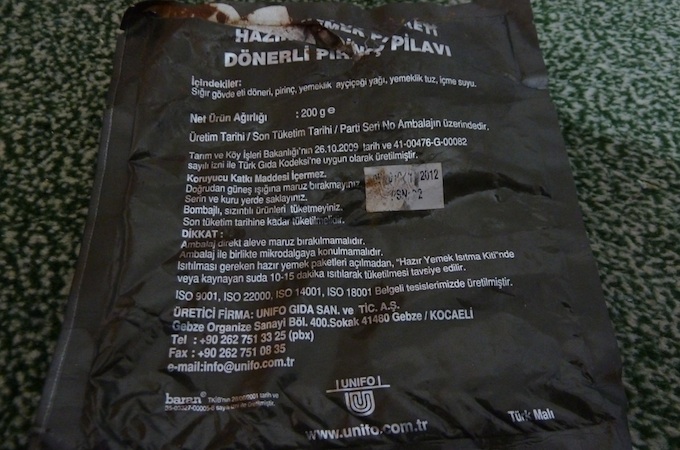 Most of that equipment is quite old: There is a box of ammunition from Gaddafi’s stockpiles, for example, dating back to 1978.

Turkey, of course, is a member of NATO, which has been carrying out a bombing campaign against Gaddafi’s forces for months.

The rations are produced by UNIFO, a Turkish company which specialises in portable rations and meals ready-to-eat, according to its web site.

Al Jazeera does not know how the rations wound up in western Libya, nor whether Ankara had any knowledge that Turkish companies were apparently doing business with Gaddafi’s army.