The United States will withdraw around 33,000 troops from Afghanistan by the summer of 2012, President Barack Obama announced in a speech from the White House on Wednesday night.

Obama’s plan to draw down the “surge” he put in place in 2009 would see 10,000 troops depart this year, beginning in July, and another 23,000 next summer, a faster and larger withdrawal than the president’s top military officials had recommended, according to reports.

The US currently has about 100,000 troops in Afghanistan. After the drawdown, around 68,000 will remain, but they will leave at a “steady pace,” and by 2014 the United States will have turned over security responsibility to Afghan forces, Obama said.

Since he took office in January 2009, Obama has roughly tripled the size of the American force in Afghanistan, but in his speech, he argued that the mission – the longest war in American history – was coming to an end.

“We’ve inflicted serious losses on the Taliban and taken a number of its strongholds. Along with our surge, our allies also increased their commitments, which helped stabilise more of the country,” he said.

“Afghan security forces have grown by over 100,000 troops, and in some provinces and municipalities, we have already begun to transition responsibility for security to the Afghan people.”

“Our position on these talks is clear: They must be led by the Afghan government, and those who want to be a part of a peaceful Afghanistan must break from al-Qaeda, abandon violence, and abide by the Afghan constitution,” he said.

Though Washington plans to transfer security responsibility by 2014, it continues to construct large bases throughout the country and will almost assuredly maintain a strong military presence for years after the official transfer date.

“[The Taliban] use a saying over here, that is, ‘You have the watch, we have the time,'” said Al Jazeera’s Bernard Smith, reporting from Kabul, the capital. “They may indeed … be using the drawdown period to regroup themselves.”

Though Obama said his surge was aimed primarily at preventing al-Qaeda using Afghanistan as a safe haven, a senior administration official briefing reporters before the speech on Wednesday said the government had not seen a “terrorist threat” from Afghanistan in seven to eight years.

He said about 50 to 75 al-Qaeda members remained in Afghanistan, while the primary al-Qaeda threat to the US for the past two-and-a-half years had come from within Pakistan.

General David Petraeus, the top NATO commander in Afghanistan and Obama’s nominee to be the next director of the Central Intelligence Agency, did not endorse the drawdown plan, according to the New York Times.

Secretary of State Hillary Clinton and Secretary of Defence Robert Gates accepted it only “reluctantly,” the newspaper reported.

Gates, in a statement, said he supported the plan because it gave commanders on the ground time and flexibility.

For many observers, the drawdown represented a victory for the “Biden plan,” a more limited counterterrorism approach to groups like al-Qaeda said to be favoured by Joseph Biden, the US vice-president.

That method entails fewer troops and less of an effort to do the kind of nation-building involved in counterinsurgency operations, a mode of warfare that focuses on protecting the civilian population rather than seeking out the enemy and which has been crafted in large part by Petraeus himself.

News of Obama’s decision prompted some criticism, but it is likely to be supported by the public, and Republican presidential candidates have called for an even faster withdrawal.

Almost two-thirds of Americans believe the war in Afghanistan is “no longer worth fighting,” according to a Washington Post-ABC News poll released in May.

An even larger group, 73 per cent, support a “substantial withdrawal” of US troops next month.

But Danielle Pletka, writing for a blog of the conservative American Enterprise Institute, called the withdrawal “an amazing decision to snatch defeat from the jaws of victory”.

The surge withdrawal falls within the pledges Obama made during an address at the West Point military academy in 2009, when he promised to bring the troops home within 18 months and avoid a “nation-building project”. He also tied the war in Afghanistan to the nation’s faltering economy.

“We’ve failed to appreciate the connection between our national security and our economy … so we can’t simply afford to ignore the price of these wars,” he said.

The economy will likely loom as the predominant issue in this year’s presidential campaign, Al Jazeera’s Rosiland Jordan said.

“Many Americans are starting to say that the cost of the war – some $10 billion a month in Afghanistan – is money that could be better spent on bridges and roads and putting people back to work here in the US,” she said. 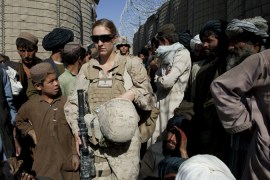 US Afghan aid ‘must focus on sustainability’ 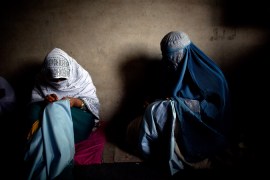 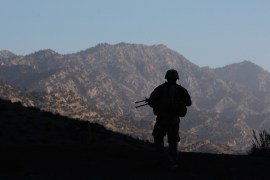 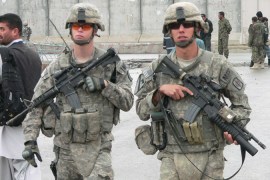 Lack of clarity marks withdrawal strategy as Obama prepares to announce a reduction of US forces.