Iran’s ex-deputy foreign minister – an ally of President Mahmoud Ahmadinejad – has been arrested on unspecified charges, an unnamed official has told the semi-official Fars news agency.

Malekzadeh had resigned from his position as deputy foreign minister on Tuesday.

His resignation came in the wake of pressure by hardline politicians, who accused him of being part of a “deviant current” trying to undermine the role of Iran’s influential religious leaders.

Some members of parliament also accused him of financial corruption.

Malekzadeh was considered close to Esfandiar Rahim Mashaie, the president’s controversial chief of staff, whom the conservatives accuse of being the head of the “deviant current”.

Malekzadeh had been at the centre of a dispute between members of parliament, who opposed his nomination, and Ali-Akbar Salehi, Iran’s foreign minister.

Salehi’s initial refusal to remove him prompted more than 30 parliamentarians to petition the speaker for the minister’s impeachment.

The row over his position is part of a wider power struggle among the country’s ruling conservatives, who are divided between an absolute majority supporting Ayatollah Ali Khomenei, the supreme leader, who has the final say in all state affairs, and a minority who back Ahmadinejad. 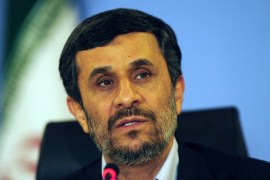 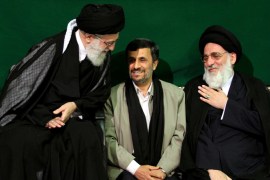 Iranian ‘feud’: Much ado about nothing?

Although Ahmadinejad’s bold dismissal of officials has angered the country’s elites, little will change geopolitically. 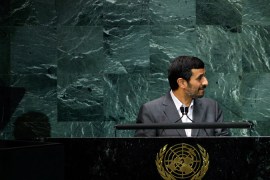 A row over who will become intelligence minister has triggered a show-down between the president and the supreme leader.