Vietnam has announced it will hold a live-fire naval drill next week in the South China Sea as an escalating maritime dispute fuels tensions with Beijing.

Relations between China and Vietnam are at their worst in years as the two countries trade accusations over recent confrontations between their ships in potentially energy-rich contested waters.

A Vietnamese naval officer told the AFP news agency on Friday that the six hours of exercises would be held on Monday around Hon Ong island, about 40km off Quang Nam province in central Vietnam.

The officer declined to give the reason for the night drill or say how many vessels would be involved.

Tensions between the communist neighbours have risen sharply after Hanoi accused Chinese marine surveillance vessels of cutting the exploration cables of an oil survey ship in May inside its exclusive economic zone, where the drill will be.

On Thursday, Vietnam alleged a similar incident in the zone, saying a Chinese fishing boat rammed the cables of another oil survey ship in its waters, describing it as a “premeditated” attack.

Beijing countered by warning Vietnam to halt all activities that it says violate its sovereignty in the disputed South China Sea waters.

The two countries have a long-standing dispute over the potentially oil-rich Paracel and Spratly archipelagos and surrounding sea.

Chris Nelson, the editor-in-chief of the Nelson Report, told Al Jazeera that China’s claims – at least for the Spratly Islands – are not logical given the location of the Archipelago.

“If you look at the map, the territory that China claims to be eligible for joint development just happens to encompass the entire region,” Nelson said.

“Look where it (the Spratly Islands) is closest to. It is Vietnam, the Philippines and Malaysia. Not China.

“The analogy that I use is; your next-door neighbour drives up into your drive way with his big old SUV at dinner time and he sits at the table and says; Hey! What’s for dinner? Let’s share.”

The area where the live-fire exercise is planned is about 250km from the Paracels and almost 1,000km from the Spratlys.

Carl Thayer, a veteran analyst of Vietnam and the South China Sea, said the drill would be a way for Vietnam to send a message, after China on Thursday also said it would conduct naval exercises.

Thayer said Vietnam was firing “a soft warning shot across the bow, rather than a real one”.

But he added such drills were not unprecedented as Vietnam held an air-defence drill on land about two months ago.

In a sign of how seriously Hanoi views the situation, Nguyen Tan Dung, the prime minister, this week vowed to protect Vietnam’s “incontestable” sovereignty of the Paracels and Spratlys.

Vietnam said it has since deployed eight boats to “escort” the ship involved in the May incident, without saying what kind of vessels. Analysts say the move raises the stakes in the dispute.

Beijing says it is committed to peace in the South China Sea, but its more assertive maritime posture has caused concern among regional nations.

Tensions have also risen this year between China and the Philippines, another claimant to the Spratlys, where Malaysia, Brunei and Taiwan also say they have a stake.

“Nobody wants war but when there is an escalation we will act,” Lieutenant General Nguyen Chi Vinh, the vice defence minister, told local media earlier this week.

Robert Gates, the US defense secretary, warned last weekend that clashes may erupt in the South China Sea unless nations with conflicting territorial claims adopt a mechanism to settle disputes peacefully.

Hundreds of people held a peaceful anti-China protest outside Beijing’s embassy in Hanoi on Sunday, the largest action of its kind since 2007. Protests are rare in authoritarian Vietnam.

Tensions have also spread to the internet. More than 200 Vietnamese websites have been attacked and some defaced with Chinese flags, an internet security firm said on Friday.

The ministries of agriculture and foreign affairs are among those targeted since the beginning of June, Nguyen Minh Duc, director of the state-linked Bach Khoa Internetwork Security Centre, said.

“We don’t yet know if it concerns Chinese hackers,” Duc said. 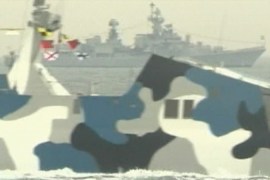 Controversial military exercise held off country’s west coast despite UN worries and threats from the North. 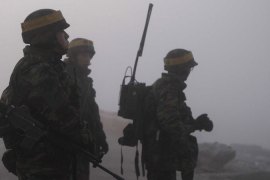