The Syrian president has issued a general amnesty aimed at calming 10 weeks of protests against his rule and a deadly military crackdown that has rocked the nation.

Syrian state-run media made the announcement on Tuesday, saying that “President [Bashar] Assad has by decree issued an amnesty on all [political] crimes committed before May 31, 2011.”

The amnesty is to include all members of political movements, including the outlawed Muslim Brotherhood and all political prisoners, the report said.

Membership in the Brotherhood, which led an armed rebellion against Assad’s father in 1982, had been punishable by death in Syria.

The amnesty decree is believed to be a part of the overtures by the Syrian government to its opposition, largely seen as symbolic.

But it is also seen as an appeal to protesters, as one of their main demands has been the release of political prisoners, along with others such as curbing the power of Syrian security forces.

“It is one of the most important demands because people are spending many years in prison because of their demands for the human rights of our people,” Anwar Al Bunni, a lawyer and human-rights activist in Syria, told Al Jazeera.

Bunni, who spent five years in jail before being released last week, said that while amnesty for political prisoners is an important step, Syria needs to undergo many more changes.

“We need to form parties, we need to work politically, we need to meet, we need to have our independent media,” he said. “We need to open a new page in Syria – a democratic Syria, a free Syria.”

The amnesty announcement was shrugged off by Syrian opposition activists gathered in the Turkish city of Antalya to discuss democratic change and voice support for the revolt.

“This measure is insufficient: we demanded this amnesty several years ago, but it’s late in coming,” Abdel Razak Eid, an activist, told the AFP news agency.

“We are united under the slogan: the people want the fall of the regime and all those who have committed crimes brought to account. Blood will not have been spilled in vain.”

Ammar Abdulhamid, a Syrian pro-democracy activist attending the opposition meeting in Antalya, said the gathering “hopes to create a representative body that can be accepted by the protesters inside Syria that can meet their demands in terms of the opposition trying to play a role in getting their voices heard by the international community”.

“This is not going to be any kind of government in exile,” he told Al Jazeera, “simply a group of people who are willing to represent the movement internationally because the world cannot engage on a revolution that does not have any recognisable representatives.

“Our hope is to fuel that kind of body on an interim basis until such time that the Syrian people can freely elect a transitional council inside the country that can lead the country to democracy.”

Syria has blamed the violence in the country on armed groups, Islamists and foreign agitators, saying more than 120 police and soldiers have been killed in the unrest.

The European Union last week ordered an assets freeze and travel ban on Assad himself, the latest in a string of sanctions against his regime.

Stepping up pressure on Assad to halt weeks of relentless violence, the EU earlier this month imposed an arms embargo and targeted the president’s innermost circle, including his brother and four cousins.

Activists say that at least 10,000 people have been arrested since the start of the popular uprising almost two months ago.

Accurate information from Syria is difficult to confirm, as journalists have largely been denied access, but human rights groups say that more than 1,000 protesters have been killed since the uprising started. 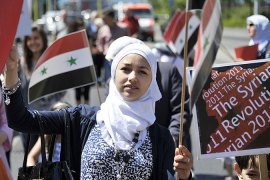 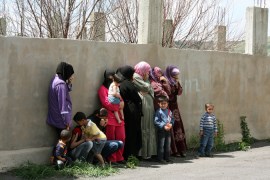 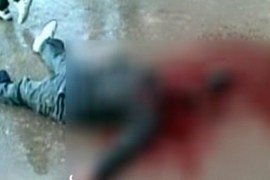 Amnesty International says government should be put on trial for killing protesters.