The eruption at Iceland’s Grimsvotn volcano could be nearing an end, officials have said, after causing days of disruption to regional airspace.

“The worst is over, and now the clean-up can begin,” Johanna Sigurdardottir, the country’s prime minister, said on Wednesday.

“Iceland has been struck by a natural disaster, and the government is already preparing a number of measures to assist residents, clean up the areas affected by volcanic ash, and return farming and other economic pursuits to normal,” she said.

Earlier, Barnaby Phillips, Al Jazeera’s correspondent in Kirkjubaejarklaustur, a village close to the volcano, said the volcanic activity appeared to be slowing down.

“Iceland’s meteorological office are saying from all their radar, their various instruments … that ash emissions from the Grimsvotn volcano have stopped, and they’re only seeing steam coming out,” he said.

“They [told] us that this is consistent with the kind of activity that you see at the end of volcanic activity. So it does seem good news.”

Experts have said flight disruptions caused by the volcano were now the result of old ash spewed out soon after Saturday’s eruption.

On Wednesday, the ash cloud blew from Britain towards Germany, forcing airports in the north of the country to close.

About 700 flights were cancelled in Germany but air traffic was reported to be returning to normal.

Brian Flynn, the head of network operations for Eurocontrol, the European Organisation for the Safety of Air Navigation, said: “There were very few eruptions by the volcano over the last six to 12 hours so the volcano is in a reasonably calm state at the moment.

“Assuming that continues, we would expect that the European aviation would be able to return to almost a normal situation within the next 24 hours.”

About 500 flights were grounded on Tuesday as ash from the Grimsvotn volcano was carried across northern England, Scotland and Northern Ireland.

But the ash was expected to clear from British airspace on Wednesday, air traffic control experts said.

The ash cloud caused minor air traffic disruption in Norway and closed a small part of Denmark’s airspace on Tuesday.

The disruption comes barely a year after a similar eruption in Iceland forced the biggest closure of European airspace in modern aviation history.

Authorities say the ash can damage planes and stop engines, but Ryanair, an Irish budget carrier, flew a plane through Scottish airspace on Tuesday and said it had detected no ash on the aircraft.

British Airways conducted its own “verification” flight later on Tuesday, sending out an Airbus A320 from Manchester Airport to assess the risk over northern England and southern Scotland. 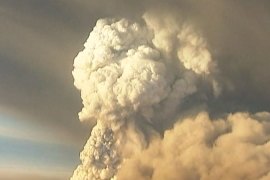 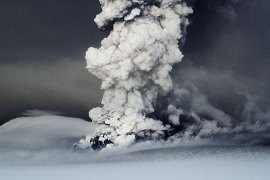 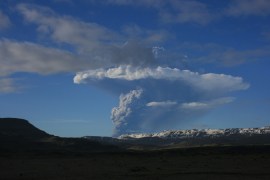 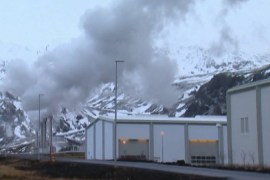