A US human rights envoy has arrived in North Korea, as Washington considers whether to resume food aid and amid hopes that stalled nuclear talks could soon resume.

Robert King’s arrival on Tuesday marked the first official US visit to Pyongyang in 17 months –  Stephen Bosworth, the US special envoy for North Korea, was the last American official to visit in December 2009.

The envoy will lead a team of five people on the week-long trip to evaluate the isolated North’s pleas for food, which have been questioned by South Korea as well as some high-profile US senators.

The United States is under pressure to resume food aid after a UN report said earlier this year that more than six million North Koreans urgently need help.

Washington has stressed that King’s trip does not mean a resumption of aid is imminent.

Scott Snyder, North Korea expert, wrote on the Council of Foreign Relations website, “Since North Korea sees US decisions on humanitarian aid through a political lens, the food aid assessment might be treated in Pyongyang as a political signal that the Obama administration might finally be open to a broader political dialogue with North Korea.”

Diplomats and analysts say the North, squeezed by international sanctions for nuclear and missile tests in 2009, will probably also ask for more food and economic aid from its main benefactor.

In return, according to experts, Beijing is expected to press the North to join the South in bilateral talks as a prelude to regional denuclearisation talks, stalled for over two years after Pyongyang walked out over a new round of UN sanctions.

Beijing says the so-called six party talks between the two Koreas, China, Japan, Russia and the United States are the best diplomatic forum to resolve all issues on the peninsula, not just denuclearisation.

After last month’s trip to the North, Jimmy Carter, former US President, accused Seoul and Washington of human rights abuses for denying the North aid.

Washington suspended food supplies to the North in 2008 over a monitoring dispute and said it would only resume them with Seoul’s agreement.

Critics of aid say the North has siphoned off the food in the past to feed its million-strong army, and South Korea says the North’s food stocks are at the same levels as last year.

Officials in Seoul also suspect North Korea wants to hoard food ahead of a third nuclear test, which would likely provoke a further tightening of international sanctions.

King is also expected to raise broader human rights issues with North Korean officials, as well as the case of an American citizen detained in North Korea since last November on charges of doing missionary work. 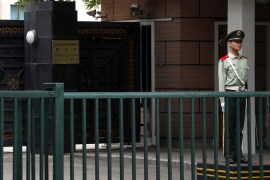 Kim Jong-il reported to be in Beijing, though unclear if he is accompanied by his heir apparent, Kim Jong-un. 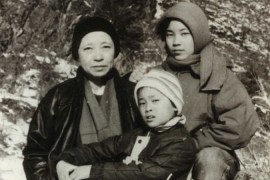 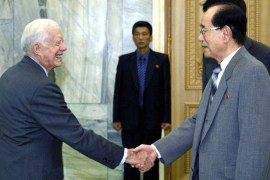