An Afghan detainee at the US prison facility in Guantanamo Bay, Cuba has died in an apparent suicide, the US military said.

The prisoner, identified as Inayatullah, a 37-year-old accused of being a member of al-Qaeda, was found dead by guards conducting routine checks at the facility on Wednesday.

“An investigation is under way to determine the exact circumstances of what happened,” Navy Commander Tamsen Reese, a spokeswoman at the Guantanamo Bay US naval base, said.

The prisoner was not conscious or breathing when guards checked on him in the morning, and they immediately tried to resuscitate him, US Southern Command said in a statement.

“After extensive lifesaving measures had been exhausted, the detainee was pronounced dead by a physician,” the statement said.

Inayatullah is the eighth prisoner to die at the detention centre since the United States began sending foreign captives with alleged al-Qaeda or Taliban links to Guantanamo Bay in January 2002.

Five others died of apparent suicides and two died of natural causes.

Last year, a US federal judge dismissed a complaint by the families of two Guantanamo detainees who claimed that their deaths in 2006 had been covered up when the Pentagon ruled them suicides.

The Naval Criminal Investigative Service will conduct an investigation after an autopsy by a military pathologist, the military said. Inayatullah’s body will then be prepared for repatriation to Afghanistan.

Inayatullah had been held without charge at Guantanamo since September 2007. The military said he was an admitted planner for al-Qaeda operations, and acknowledged facilitating the movement of foreign fighters.

The prison camp, located in Cuba, has held 779 foreign captives since the United States invaded Afghanistan to oust al-Qaeda and its Taliban protectors following the September 11, 2001 attacks. It now holds 171 inmates.

US president Barack Obama had tried and failed to overcome objections by opposition Republicans and some of his fellow Democrats in Congress to transfer some detainees to US prisons.

Last month, the whistle-blowing website WikiLeaks released more than 700 leaked classified military files that indicated that the US held dozens of innocent men at the Guantanamo prison for years.

At least 150 people were innocent Afghans or Pakistanis, including drivers, farmers and chefs, who were rounded up as part of frantic intelligence gathering, and then detained at the prison. 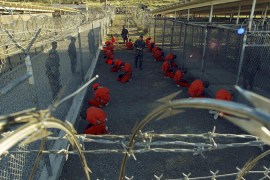 Leaked files reveal details of interrogations of “high-risk” detainees, but suggest many innocents were also rounded up. 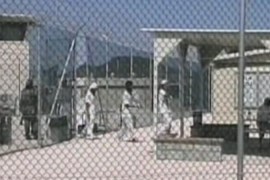 ‘Most Guantanamo prisoners were no threat’

At least 150 detainees were innocent, according to leaked official US documents. 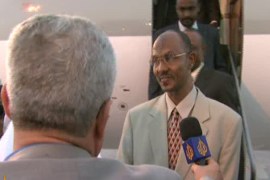 Leaked US documents show Sami Al-Hajj was detained at Guantanamo to be questioned about employer. 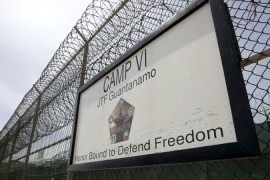 Crucial documents on the controversial prison were not released by WikiLeaks, as they are classified ‘Top Secret’.