Dmitry Medvedev, the Russian president, has made a veiled attack on his former mentor, Vladimir Putin, currently the country’s prime minister.

Medvedev said Russia could face civil war or stagnation if too much power was concentrated in the hands of one man, an apparent jibe at Putin.

“An excessive concentration of power is indeed a dangerous thing. It has happened in our country many times and as a rule it has either led to stagnation or civil war. Therefore, we must not allow that,” the Russian president said on Friday at a meeting with young legislators.

“Attempts to build up power to fit a certain individual are in any case dangerous: If they do not cause trouble in this life, you must not doubt that they will in the not-too-distant future cause huge problems, both for the country and for that certain individual.”

However, he did not mention Putin by name.

Putin is widely viewed as Russia’s most powerful man, three years after steering Medvedev into the Kremlin to replace him as president.

Long term allies, the two have exchanged barbs in public over recent months, fuelling speculation of a rift ahead of the 2012 presidential election.

Donald Jensen, a senior fellow at the Johns Hopkins University and a former US diplomat to Russia, told Al Jazeera: “We ought to be very careful of lessons we draw from this riveting political drama it’s more and less than it seems.”

“It’s more because it is seen as a debate among elites over Russia’s future and it’s less because I think while there are undoubted tensions between the two men and there are bureaucratic rivalries among the people who support them, we have to be careful about how we judge the public comments of each leader.

“Medvedev wants to be President again but he still realises that the only vote he needs is that of Putin’s.”

Putin and Medvedev have both repeatedly avoided saying which of them will run in the March 2012 presidential vote, though Medvedev, 45, has positioned himself as an alternative to the 58-year-old former KGB spy.

Medvedev’s apparent criticism of his mentor is likely to fuel talk of a divide between the two men, who have worked together closely for more than two decades and who used to say they agreed on almost every issue.

That all appeared to change earlier this year, when Medvedev slapped down Putin for criticising Western military intervention in Libya and then ordered Putin’s trusted allies to leave the boards of state companies such as Rosneft .

Medvedev has promoted himself as a candidate of change who can offer hope of reform for Russia’s $1.5 trillion economy, though diplomats and analysts say the Kremlin chief has achieved little since he was sworn in as president in May 2008.

Medvedev has repeatedly talked about fighting corruption, but Russia is perceived as more corrupt than when he took office.

Transparency International rated Russia joint 154th out of 178 nations in its corruption perceptions index last October, along with Cambodia, Kenya and Laos. It was Russia’s lowest ranking since the index began in 1995. In 2010 it was 146th. 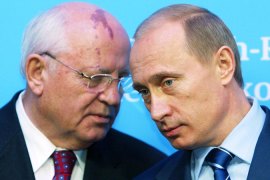 Former Soviet leader says Russian prime minister should not return to the Kremlin in next year’s presidential election. 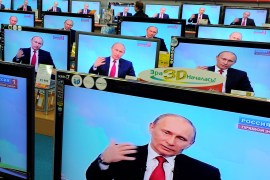 Putin weighs in on oligarch trial 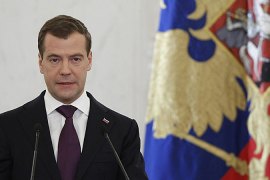 Russia’s president says tension with West could escalate unless agreement on missile defence is reached. 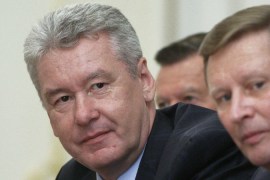 Appointment of Sergei Sobyanin to strengthen Russian PM’s power base in run-up to 2012 presidential election.