A leaked UN report says North Korea and Iran have been exchanging ballistic missile technology in violation of UN sanctions, according to the Reuters news agency.

“Prohibited ballistic missile-related items are suspected to have been transferred between the Democratic People’s Republic of Korea (North Korea) and the Islamic Republic of Iran on regular scheduled flights of Air Koryo and Iran Air,” the report said on Saturday.

It said the illicit technology transfers had “trans-shipment through a neighbouring third country.” That country was China, several diplomats told Reuters on condition of anonymity.

“For the shipment of cargo, like arms and related material, whose illicit nature would become apparent on any cursory physical inspection, (North) Korea seems to prefer chartered cargo flights,” it said.

The report was submitted to the Security Council by a UN panel of experts, a group that monitors compliance with UN sanctions imposed on Pyongyang after it conducted two nuclear tests in 2006 and 2009.

The UN sanctions included a ban on trade in nuclear and missile technology with North Korea, as well as an arms embargo. They also banned trade with a number of North Korean firms and called for asset freezes and travel bans on some North Korean individuals.

Several Security Council diplomats said China was unhappy about the report and might not agree to release it to the public. At the moment, only the 15 council members have official access to the document.

One of the independent experts on the panel is from China and diplomats said he never endorsed the report.

The spokesman for China’s UN mission was not available for comment.

Further evidence of Iran’s cooperation with North Korea on missile technology came during a military parade in October 2010, the report said, when North Korea displayed a new warhead for its Nodong missile.

The warhead had “a strong design similarity with the Iranian Shahab-3 triconic warhead.”

The report said the possibility of exports of weapons-grade nuclear material from North Korea or nuclear technology to other countries remained a concern and presented “new challenges to international non-proliferation efforts.”

US, Israeli and European governments have said that North Korea was helping Syria build a nuclear reactor that Israel destroyed in 2007. Damascus denies the charge, which is being investigated by the UN nuclear watchdog.

In its report, the panel said North Korea’s uranium enrichment problem, which Pyongyang says is for civilian purposes, was “primarily for military purposes.”

It added that North Korea “should be compelled to abandon its uranium enrichment programme and that all aspects of the programme should be placed under international monitoring.” 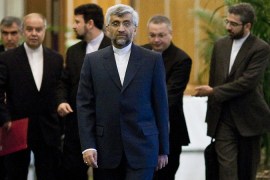 A quick snapshot of the armed forces deployed on the Korean peninsula. 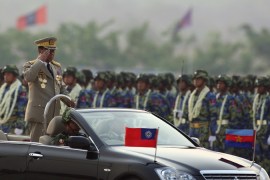 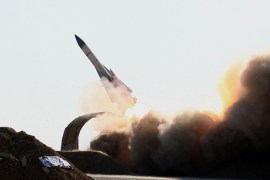