At least four people have been killed after army troops stormed the town of Talkalakh in the restive Homs province in western Syria.

Witnesses said those killed on Saturday were among dozens of people attempting to leave Talkalakh and enter Lebanon, which borders the town, a day after a mass demonstration there against the rule of Syrian president Bashar al-Assad.

“The security forces, who had been encircling Talkalakh since the morning, fired machine guns. At least three people were killed and several were wounded,” a witness told the AFP news agency.

A fourth died in hospital in Lebanon from gunshot wounds sustained while fleeing the Syrian town, medical sources said.

Another eyewitness on the border told Al Jazeera that at least 19 people were wounded as the military swooped into the town.

The violence came after more than 8,000 people attended a funeral in the provincial capital of Homs for one of three protesters killed on Friday by Syrian security forces.

Mourners for Fouad al-Rajoub gathered near Bab al-Dreib and began making their way through the city, chanting for an end to the siege on Homs, Baniyas and Deraa, the major flashpoints in the country’s uprising.

An eyewitness in the city said that, due to the size of the procession, the military had removed and relocated some of the checkpoints it had established throughout the city since mass anti-regime protests erupted there last month.

“Everything is peaceful now but we will be passing government buildings and I fear the snipers will open fire on us,” he said.

Syrian army personnel were deployed in Talkalakh after officials said troops and tanks were pulled out of Baniyas and Deraa.

Security barriers were set up at the entrances of the Talkalakh and heavy gunfire was heard, according to activists’ accounts. Security forces were deployed in surrounding villages as well.

Lebanese security officials said cracks of gunfire could be heard on the Lebanese side of the border.

Officials said scores of Syrians, including at least four injured people, had crossed into Lebanon – fleeing the violence in their country that has left at least 775 people dead since the start of the protest movement in mid-March.

In a press conference on Friday, Mahmoud said that the government was implementing “a comprehensive political, economic and social reform programme in the interest of the people”.

“There is a correlation between security and stability from one hand, and the reform from the other hand,” SANA quote the minister as saying.

Mahmoud said army units had started to leave the coastal city of Baniyas and completed a pullout from Deraa, although residents there reported tanks outside mosques in the morning.

Aref Dalila, an economist who met Shaaban last week, said “the domination of the security apparatus over life in Syria” must end for different opinions to be represented.

“We are long used to these ‘dialogues’ in Syria, where the regime assembles its loyalists in a conference and the other opinion is either in jail or underground,” he said.

According to the Syrian government “police and security forces have been sent to pursue armed groups which perpetrated acts of killing citizens, terrorised people, burned public and private properties, halted social and economic life, threatened schools and public security”. 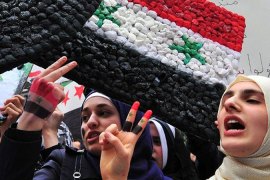 Deaths in Syria despite ‘no-shoot order’

Security forces kill six people across Syria despite an order from President al-Assad not to fire on protesters. 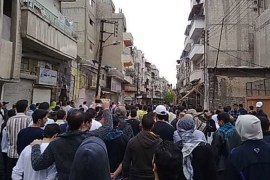 Anti-government protesters take to the streets in several major cities and in mainly Kurdish towns. 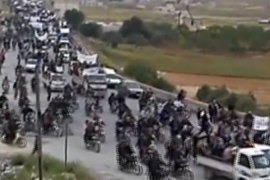 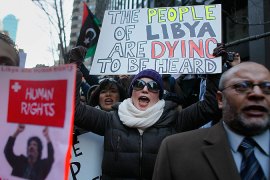 The struggle for freedom has entered a decisive phase as brutal Arab regimes try to regain control, rights group says.