Admiral Mike Mullen, the chairman of the US Joint Chiefs of Staff, has arrived in Islamabad to conduct talks with Pakistan’s army chief, as tensions continue to run high between the two countries regarding America’s role in the region.

The admiral’s trip on Wednesday comes after a visit to Afghanistan a day earlier, where he told reporters he would raise ongoing concerns regarding militancy in both Pakistan and Afghanistan with General Ashfaq Pervez Kayani, the Pakistani army chief.

In a statement, Mullen praised cooperation between US and Pakistani troops working in joint operations against fighters belonging to the Haqqani network, who target NATO forces in eastern Afghanistan.

He did acknowledge, however, that there were also a “strain” due to Taliban and other fighters’ alleged ties with Pakistan’s spy agency, the Inter Services Intelligence (ISI).

“Haqqani is having a much more difficult time now,” Mullen told reporters, according to an article on the Joint Chiefs of Staff website.

“I’ll see General Kayani here shortly and these are issues I address with him every single time we engage. And I certainly intend to [raise that] this week.”

The JSC chief’s trip to Pakistan is the latest in a series of high-level meetings that have followed the fatal shooting in January of two Pakistanis by Raymond Davis, a CIA contractor, who said he was acting in self-defence.

Davis was later freed on the payment of compensation to the victims’ families, but the case ignited a row over intelligence sharing, with the ISI demanding that the American CIA provide more complete data about its operatives and their activities in the country.

Tensions were also raised over the long-running issue of the US’s drone strikes on targets in Pakistan’s tribal areas.

Pakistan is a key ally of the US in the war in Afghanistan, and receives billions of dollars in military and civilian aid from the country.

The covert drone-launched missile strikes that target fighters in Pakistan’s lawless border areas, however, stoke anti-American sentiment amongst the populace, even though it is widely believed that the strikes occur with the tacit consent of Islamabad.

Publically, Pakistan’s leaders have insisted that the drone strikes stop and that the US share the Unmanned Aerial Vehicle (UAV) technology with Pakistan so that it can take operational control of them, but US officials say operations will continue in order to achieve US security objectives.

Pakistan has also asked the US to slash the number of CIA agents operating in the country.

During Mullen’s visit to Forward Operating Base Salerno in Afghanistan on Tuesday, he acknowledged that the Taliban have grown in strength in recent years, and that the upcoming fighting season could be difficult for the US-led coalition.

“We’re going to have a very tough year this year,” he told reporters. “I’ve been very straight with the American people on that. I think our losses, which were significant last year, will be significant this year as well.”

He also said that the US relationship with Pakistan remains vital for both countries, and that while it was going through a “very turbulent time … I think that all of us believe that we cannot afford to let this relationship come apart”.

Zafar Jaspal, an Islamabad-based security analyst, told Al Jazeera that it was unlikely that Mullen’s trip would do much to ease the tension, as most of Pakistan’s objections are related to CIA activities in the country, and he does not have command of that agency.

“There is a lot of mistrust in this relationship, which the United States and Pakistan want to overcome, but at the same time … though both sides have been working a lot, but still the rapprochement approach is not giving us an optimistic picture or outlook,” he said.

“Their interdependency is too [high], especially in the context of political and security instability in Afghanistan, and at the same time Pakistan is getting some assistance from the United States. But if you recall, [on Monday] Pakistan’s finance minister [Abdul Hafeez Shaikh] said that we are not getting as much as is expected, or generally people think.”

Jaspal said that the US has been pushing Pakistan to take on Haqqani group fighters and suspected al-Qaeda sanctuaries in North Waziristan, but the Pakistani government has responded in the negative, citing a lack of resources.

Pakistani and Afghan leaders announce boost to joint commission and efforts to negotiate with fighters. 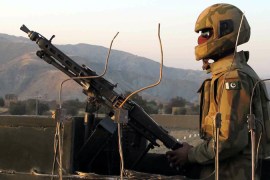 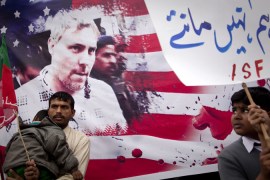 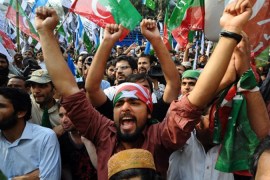