Dozens of protesters staged a sit-in in the Omani capital of Muscat to demand probes into alleged state abuses after clashes with security forces left at least one person dead and sharply boosted tensions in the strategic Gulf nation.

Saturday’s protest coupled with the unrest on Friday in the northern industrial city of Sohar – where the protest movement began more than six weeks ago – suggest that high-level shake-ups and other concessions by Oman’s rulers have fallen short of the demonstrators’ demands for greater political freedoms.

Witnesses said that security forces detained between 50 and 60 protesters in clashes on Friday in Sohar.

The violence on Friday during a fifth week of protests involved the use of knives, stones, teargas and rubber bullets, Oman’s general prosecutor said.

In a sign of worries about more violence, the military has stationed units around government offices and other key buildings in the city, about 200 km northwest of Muscat.

Medical officials, who spoke on condition of anonymity because they were not authorised to brief media, said Khalifa al-Alawi, 22, injured by a rubber bullet in Friday’s clashes died in hospital.

At least four other protesters were wounded.  Activists told Reuters news agency that security forces used teargas and beat some protesters with batons.

Authorities say they used tear gas, water cannons and rubber bullets in self defence after the crowds began pelting riot police with stones and brandishing knives, according to a statement by the prosecutor’s office.

Protesters, however, claim that police opened fire with live ammunition.

It was at least the third protest-related death in Oman since protests broke out in late February to demand more job opportunities and a greater public voice in political affairs.

The government has failed to halt the wave of rallies, sit-ins and strikes to pressure for changes that include more media freedoms and weakening the ruling system’s grip on power. The protest demands so far have not included the sultan’s ouster.

Several dozen protesters staged a sit-in outside the chief prosecutor’s office on Saturday to demand the release of people detained in recent security crackdowns. The demonstrators also appealed for a judicial investigation into the deaths of the two protesters since February.

Protest leaders have urged more demonstrations in Muscat and other cities around the country.

Oman’s unrest remains limited compared with other Arab uprisings, but it is closely watched because of the country’s strategic role as co-guardian of the Strait of Hormuz. Oman and Iran share authority over the crucial waterway at the mouth of the Gulf, which is the route for 40 per cent of the world’s oil tanker traffic.

Oman also plays an important role as a mediator between Iran and the West because of its strong ties to Tehran and Washington.

Last year, Oman negotiated a $500,000 bail for the release of American Sarah Shourd from Iranian custody. Shourd and her two US companions – who remain jailed in Tehran – were arrested along the Iran-Iraq border in July 2009 and charged with espionage.

Protests in Oman, which pumps out 800,000 barrels of oil a day, have focused on demands for better wages, jobs and an end to corruption. Many protesters have demanded that the government be held accountable for the detention of hundreds of demonstrators in Sohar.

Wealthy Gulf Arab oil producers launched a $20 bn aid package this month for their less prosperous neighbours, Oman and Bahrain, a measure intended to generate jobs and that should enable the two countries to upgrade housing and infrastructure. 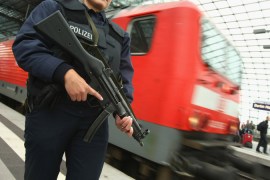 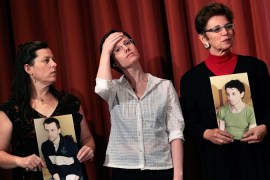 An Omani delegation is working to secure the release of two American “hikers” imprisoned in Iran.