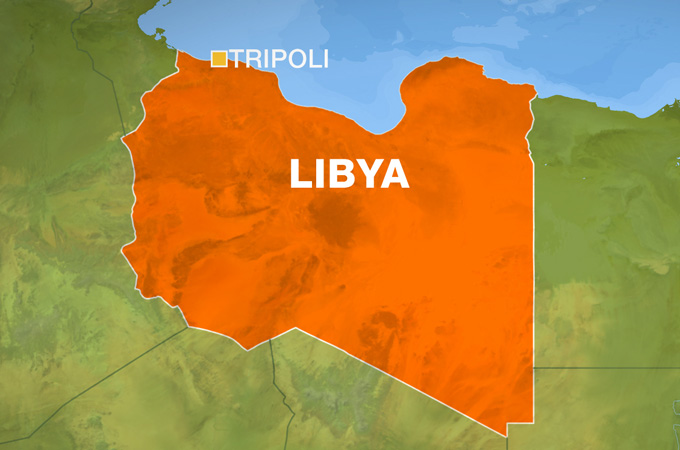 Libya – officially the Great Socialist People’s Libyan Arab Jamahariya, at least since 1977 – is a sparsely-populated but oil-rich country in North Africa. Libya gained its independence from Italy in 1951.

Politics in Libya is a family affair: The country has been ruled by Muammar Gaddafi since 1969, and several of his sons have been elevated to positions of power.

The elder Gaddafi styles himself as the “brother leader” and the “guide” of Libya’s revolution. He seized power in a bloodless coup in 1969, toppling King Idris, overthrowing the monarchy and declaring the Libyan Arab Republic.

The government is based on Gaddafi’s political philosophy, published in the Green Book in the 1970s. It is, in theory, a direct democracy, with Gaddafi presiding over a “revolutionary” government in Tripoli (though he holds no official title). Dozens of regional “people’s congresses” administer local government, and the cities are further subdivided into local councils.

In practice, Gaddafi rules the country, and his word is unchallenged.

His sons also hold no titles, but they have come to play key roles in Libyan government. Saif al-Islam, his second son, has increasingly become the public face of the Libyan regime, seeking (with little justification) to present himself as a moderate democratic reformist. Other sons play behind-the-scene roles: Khamis Gaddafi, for example, heads the Khamis Brigade, an elite army unit.

Libya’s economy is centrally-planned, with the vast majority of its revenues coming from oil revenues.

The country is an OPEC member, with the largest proven oil reserves in Africa and the ninth-largest in the world. Those reserves account for more than half the country’s gross domestic product and more than 75 per cent of its government revenues.

That money – tens of billions of dollars – should have been enough to build a prosperous country for Libya’s roughly 6.5 million citizens. It has certainly helped: The country has a per capita GDP of $13,800, compared with $9,500 in neighbouring Tunisia and $6,200 in Egypt.

But unemployment and poverty remain high despite Libya’s oil wealth: Official statistics are non-existent, but many analysts estimate that one-third of the population is jobless and poor, and those figures are higher among Libyan youth. Better-educated foreign workers have been imported to work in many sectors, particularly jobs in oil, construction and medicine.

Inept central planning is one obstacle to economic growth, as is corruption: Gaddafi and his family are accused of stealing tens of billions of dollars, squirreling much of the money away in overseas accounts. And the corruption extends beyond his family, as many well-connected members of the ruling elite have been able to enrich themselves.

Aside from oil, agriculture is the largest sector in the Libyan economy – though the largely-infertile country is still a net food importer.

Libya spent decades as an international pariah under Gaddafi’s rule, an image which it began to shed in 2003.

Libya was linked to several acts of terrorism, notably the 1986 bombing of a disco in Berlin; the bombing of a French airliner in 1989; and the and the 1988 bombing of Pan Am flight 103 over Lockerbie, Scotland.

The US declared Libya a “state sponsor of terrorism,” leading both countries to sever diplomatic relations, and Washington imposed economic sanctions. US jets bombed Benghazi and Tripoli in 1986 in response to the Berlin bombing. Dozens of people were killed, including Gaddafi’s daughter.

Gaddafi started to come in from the cold in 2003, when he “accepted responsibility” for the attacks and agreed to pay compensation to the victims’ families. He also renounced his nuclear, chemical and biological weapons programmes, and signed a co-operation agreement with Italy, Libya’s neighbour to the north.

Gaddafi’s policies towards his African neighbours were initially no less confrontational. He fought a decade-long war with Chad over control of a mineral-rich strip of land between the two countries, which Chad was eventually able to reclaim. And he fought a short border war with Egypt in the 1970s.

But Gaddafi would later try to position himself as a leading voice on the continent, proposing a “United States of Africa,” offering to host African Union meetings, and styling himself Africa’s “king of kings.”