Nigerians have begun voting for their next leader, in what many hope will be the country’s first credible presidential election for decades.

There were fears of violence in the build up to Saturday’s vote.

An explosion hit a police station in Maiduguri, in the country’s northeast, before the polls were due to open – the second such attack in 24 hours.

The attack followed an earlier incident where a bomb was thrown from a moving vehicle at a vote-collating centre in the same city late on Friday.

That explosion destroyed nearby shops and stalls, but no casualties were reported, according to Michael Zuokumor, the state police commissioner.

After the explosion, a resident said that people were scared and that “some have started abandoning the polling stations”.

Sporadic bursts of gunfire had been reported through the night in the city.

“There is … sporadic shooting. Yet to determine if they are politicians, fanatics or armed robbers. Emergency and security officers are moving in to control the situation,” Yushau Shuaib, a spokesman for the National Emergency Management Agency, said.

Last week’s parliamentary polls, which had been repeatedly delayed by organisational issues, were seen as a major step forward for the country’s democracy.

The Independent National Electoral Commission (INEC) has registered more than 73 million people to vote at 120,000 polling units in the country of 150 million, where previous elections have been marred by fraud and violence.

The election pits Goodluck Jonathan, the first head of state from the southern oil-producing Niger Delta, against Muhammadu Buhari, a former military ruler from the mostly-Muslim north.

Other candidates include former anti-corruption chief Nuhu Ribadu and Kano state governor Ibrahim Shekarau, although they are seen as rank outsiders.

The opposition failed to unite behind a single candidate, leaving the anti-Jonathan vote split.

The stakes are higher in the presidential race than in the parliamentary polls a week ago, and the security agencies are on high alert.

At least 17,000 security personnel, including soldiers and policemen, were deployed across Abuja, the nation’s capital, a senior police spokesman said.

While some criticise Jonathan as weak, others say his calm approach is better suited to bringing about change in Nigeria, a nation of some 250 ethnic groups and a population roughly split between Christians and Muslims.

The opposition will face a tough road in seeking to beat him with their votes divided – despite the fact that an enormous effort under way to hold credible polls is seen as giving the opposition a greater opening.

Two opinion polls have given Jonathan a wide lead over Buhari, and Ribadu has scored less than 10 per cent in both. Jonathan’s party has won every presidential vote since Nigeria returned to civilian rule in 1999.

“The opposition is in disarray,” Chidi Odinkalu of the Open Society Justice Initiative NGO said.

“It had the possibility of defeating the incumbent.”

Jonathan has repeatedly pledged a free and fair election, and Nigeria has been under major pressure from international bodies and Western nations to improve the conduct of its polls after years of rigging and fraud.

“The president is not seeing this as a do or die affair, which is good for our democracy,” Ken Nnamani, a high-ranking member of the ruling People’s Democratic Party, said.

Speaking to Al Jazeera from Washington, Nii Akuetteh, a former executive director of Africa Action, said he expects Jonathan to win the election.

Akuetteh said Jonathan has also outlined a number of programmes including to make this year’s elections much cleaner than previous Nigerian polls.

Despite the deep divide between the country’s north and south, the PDP has managed to reflect that division and find a way to come up with unity, something the political rivals have failed to do.

“After winning the earlier round Jonathan reached out to the northern faction and has quieted down the region,” Akuetteh said. “He got the northerners in his party behind him.

“But I don’t expect the north-south divide to be a big problem for him because he has dealt with it well.” 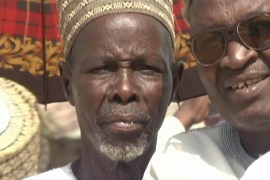 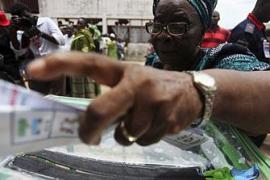 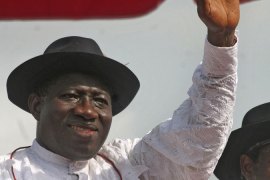 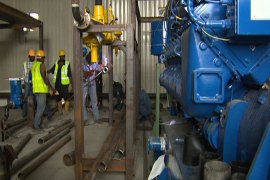