The army has been deployed in Syria’s coastal city of Baniyas after several people were killed by men loyal to Bashar al-Assad, the president, residents have said.

An eyewitness from Baniyas told Al Jazeera on Monday that the army had been deployed inside the city after initially sealing it off.

The resident told our correspondent that the city is calm but tense. Funerals are scheduled to be held for four people killed on Sunday.

The witness “did confirm that armed gangs were shooting at army and residents at the same time [Sunday]. Residents alleged the gunmen were loyalists of the regime,” our correspondent said.

“A statement was issued on behalf of the people of the city, the veracity of which has yet to be confirmed, desperately asking for help, from the army and from human rights groups, from anyone.”

State television first confirmed the death of one security official but it revised it to nine while the Associated Press news agency, quoting witnesses, reported the deaths of four civilians.

People said that most of the army forces were killed by the military security forces as they refused to shoot the population, Al Jazeera correspondent said. However, it has yet to be verified.

Members of the group that came under attack were armed with sticks and guarding the Abu Bakr al-Siddiq mosque when they were confronted by Assad loyalists, known as shabbiha, who fired at them with automatic rifles from speeding cars, the Reuters news agency reported.

The official SANA news agency, quoting a government source, reported that an “armed group” ambushed an army patrol in Baniyas.

Details were sketchy because telephone lines, internet access and electricity were apparently cut to most parts of the city.

One witness said dozens of people were wounded, but most of them asked to be treated at a small clinic instead of the main hospital, which was under the control of the security forces.

“There are demonstrations throughout the city and people are chanting against the regime,” said Haitham al-Maleh, an 80-year-old lawyer and longtime rights activist who spent years as a political prisoner in Syria.

The accounts could not be independently confirmed as the government placed severe restrictions on news coverage and many journalists were ordered to leave the country.

Sunday’s clashes came as days of protests and violence in Daraa, the southern flashpoint city, forced many schools and government offices to close.

“Daraa is 80 per cent paralysed today, the children were sent back home from school and most of the government buildings are not operational,” a local witness told Al Jazeera on Sunday.

Protests erupted in Syria more than three weeks ago and have been growing steadily every week, with tens of thousands of people calling for sweeping reforms in President Assad’s authoritarian regime.

More than 120 people have been killed, according to human rights groups.

A key demand of protesters is an end to a decades-old emergency law that gives the regime a free hand to arrest people without charge.

But Assad has stopped well short of the protesters’ demands. Instead, he has promised to form committees to look into reforms.

Other gestures include granting citizenship to thousands of Kurds, the country’s long-ostracised minority, and sacking his cabinet.

Firing the government was largely symbolic, however, as the real power in Syria is concentrated around Assad and a tight coterie of family and advisers.

Much of the most serious violence has been concentrated in the drought-parched southern city of Daraa – where some 25 people were killed on Friday – and the Mediterranean port city of Latakia.

The authorities have intensified a crackdown on independent media since the protests began, expelling the Damascus correspondent for Reuters news agency, and detaining four other colleagues for several days.

Two Associated Press journalists were also expelled at less than an hour’s notice, the agency said.

Many Western countries and the UN, have condemned Syria’s use of violence.

Ban Ki-moon, the UN chief, has told Assad he is “greatly disturbed” by the reports of violence. 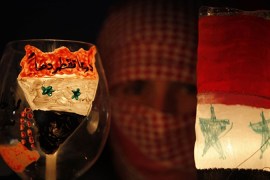 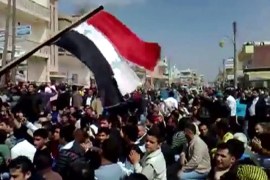 Fresh violence feared as residents in Daraa prepare to bury those killed in Friday’s firing by security forces. 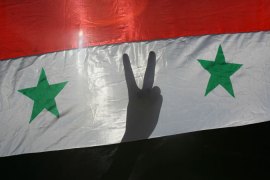