Civilian deaths in the Afghan conflict have risen in 2010, hitting numbers never before seen since hostilities began in 2001, according to a United Nations report.

The UN, in its annual report on the civilian death toll in Afghanistan released on Wednesday, said 2,777 civilians died last year, a 15 per cent increase from 2009.

Large numbers of women and children were among the dead, with their numbers being 555 and 1,175 respectively.

The reports says anti-government forces killed more civilians (2,080), three quarter of the total deaths, last year than ever before.

The deaths attributed to the US-led coalition and Afghan security forces dropped sharply by more than a quarter despite a surge in troops and a stepped-up military campaign against the Taliban and armed fighters, the UN said.

“In a year of intensified armed conflict, with a surge of activity by pro-government forces and increased use of improvised explosive devices and assassinations by anti-government elements, Afghan civilians paid the price with their lives in even greater numbers in 2010,” Ivan Simonovic, UN assistant secretary-general for human rights, said.

A UN spokesman in Kabul confirmed that the civilian death toll was the highest since the Taliban were ousted by a US-led invasion in 2001, triggering an insurgency fought with increasing intensity in recent years.

The increase in deaths reflects an escalation in battles between international forces and anti-government elements as the US and NATO-led coalition tries to beat the Taliban out of traditional strongholds and establish government control over parts of Afghanistan that were lost in the fallow years when the focus was on the Iraq war.

The fighting is expected to increase in the coming months as NATO tries to hold onto its gains and force the Taliban to join peace talks.

Despite the fact that fighters are responsible for the vast majority if killings, civilian casualties from US-led multinational operations are a major source of strain in the already difficult relationship between Hamid Karzai, the president, and the United States.

Karzai said during meetings here this week with Robert Gates, the US defence secretary, that civilian casualties would no longer be tolerated by his government.

Gates apologised on Monday for the mistaken killing of nine Afghan boys in a NATO air attack last week,
describing it as a “setback”.

Earlier in the week Karzai rejected an apology from General David Petraeus, the US military commander in the region, for the mistaken killing of the civilians.

Over the past four years, almost nine thousand civilians have been killed in the conflict. 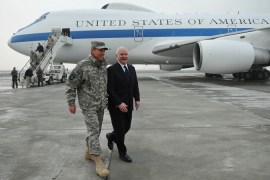 Gates: US may extend Afghan mission

Defence secretary says US troops could stay in Afghanistan in training role beyond the planned 2014 withdrawal. 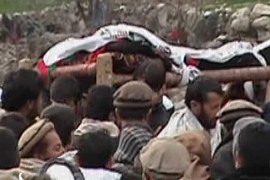 Locals angered by deadly air raid in Kunar province which NATO has blamed on “faulty communication”. 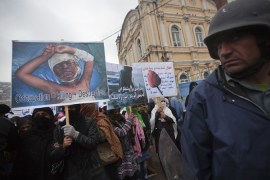 Kabul rejects US apology for deaths 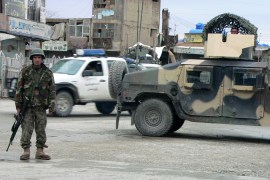 Children and women among at least 10 killed and 25 injured in violence across the country.